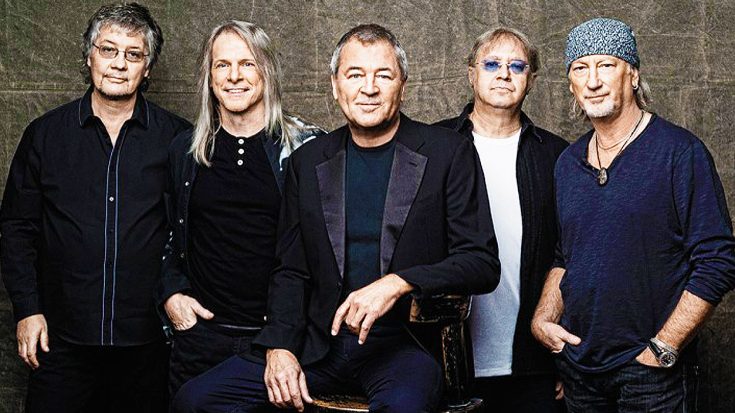 To Infinity For Deep Purple!

Next year, Deep Purple are expected to release their first album in four years! The album is called InFinite, and is set to hit shelves at music stores April 7th, 2017. The band announced the news a few weeks ago, but we’ve finally gotten the first glimpse of the album artwork, and even the first sample of how the record will sound!

The band released the album artwork for InFinite, and even dropped a brand new song called “Time For Bedlam.” The song is incredible, and sounds like old school Deep Purple, but with a new modern twist! We’re really digging the sound of this track, and can’t wait to hear the rest of the album! Pretty much every Deep Purple fan should for sure listen to this, because you’re going to love it!

As far as the album artwork goes, that’s also pretty legit! The album cover is an overhead shot of a boat cutting through ice, and the cut they made forms the Deep Purple “dp” logo! Pretty awesome!

Check out the band new song down below, and the album artwork!