Dio Tells Cancer To Go To Hell, Slays “Die Young” With Heaven And Hell At Wacken 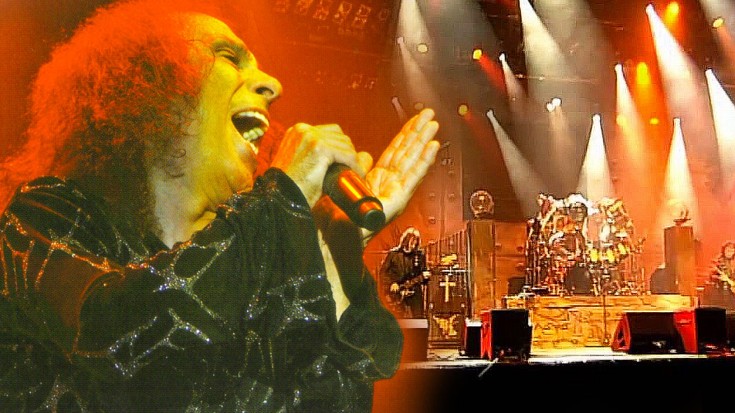 One Of Dio’s Last Live Performances

In 2009, Dio performed with Heaven and Hell at Wacken and gave it everything he had, cancer be damned. Flanked by Black Sabbath and Rainbow alumni Tony Iommi, Geezer Butler, and Vinny Appice, Dio gave a legendary performance of ‘Die Young’ – a 7 minute rager that featured Iommi’s immense guitar talents and reminded us that Dio’s legacy as a master showman was unmatched.

In fact, it’s hard to watch this and know that a few short months later, Dio would be gone and the metal world rocked in a way that it hadn’t been since the death of Dimebag Darrell in 2005 – that’s how fantastic Dio was during this killer performance of ‘Die Young’!

Fun Fact: Despite being known for his powerful singing voice, Dio claimed never to have taken any vocal training. Rather, he attributed his singing ability to the use of correct breathing techniques learned while playing trumpet.

We’re so glad that we had Dio for as long as we did. While performances like this one make us miss him like crazy, it’s a great reminder to take life by the horns and live for today!