Heart’s Nancy Wilson Fights Back Tears During “These Dreams”. The Reason Why? Heartbreaking. 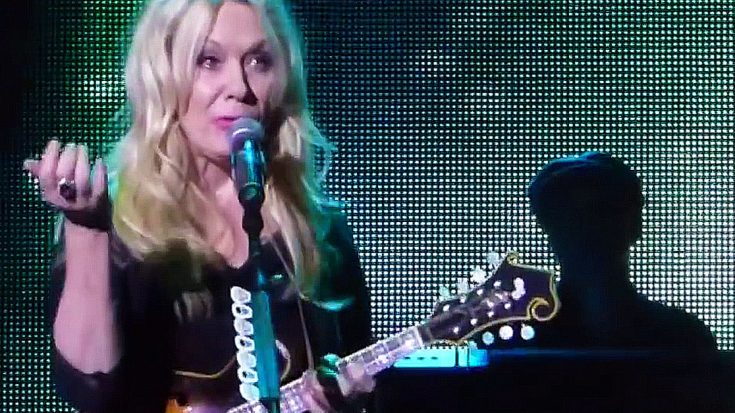 ” “We are going to dedicate this song…”

When a fan named Francie Trout arrived at Camden, New Jersey’s BB&T Pavilion Sunday night to see Heart on their Rock Hall Three For All tour, she had no idea that sisters Ann and Nancy Wilson were about to change her life – or that she was about to change theirs. Given the chance to speak to the sisters before their show kicked off, Francie told Ann and Nancy about her 24-year-old nephew Sammy, who thanks to his aunt was a lifelong fan of Heart and would have loved to be there for the show but sadly died earlier this year after being burned beyond recognition.

Later, Francie was absolutely floored when 4 songs in, Nancy Wilson stopped the show to dedicate their next song “These Dreams” to her late nephew Sammy. “Before the show, this woman told me about a family member that didn’t make it,” Wilson said onstage, wiping tears from her eyes. “We are going to dedicate this song to Sammy.”

“Ann and Nancy kept looking over at me, as we were in the first row. They both choked up. Ann even missed a background vocal because she was all filled up with tears. I never asked them to do anything.” | Francie Trout to Rolling Stone Magazine

The next 6 minutes and 17 seconds were an emotionally charged experience for both Francie and the ladies in Heart, who were fighting back tears as they sang “These Dreams” in honor of a young man they never met but whose spirit was big enough to compel them to perform this one act of kindness for his aunt who was desperately missing her favorite nephew on what should have been a happy night.

Check it out in the video below – it’s not everyday that rockstars show their human side, but when they do, it’s incredibly powerful!