He Wanted To Be The Next ‘Idol,’ But Wound Up Dishing Out The Worst Guitar Solo Ever Instead 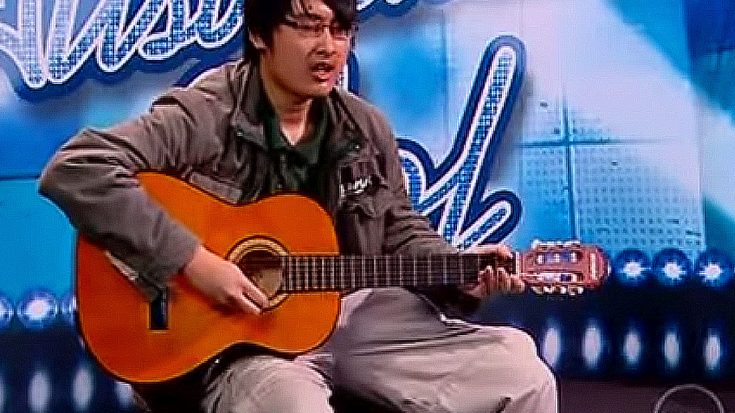 Oh man. We always hope that ‘Idol’ contestants are as awesome at their craft as they believe they are and that from their auditions comes a great career as a singer or songwriter, or whatever their dream may be. Sometimes it works, but more often than not these auditions spawn some pretty awful – and hilarious – performances that leave you laughing just as hard as you’re cringing from the comfort of your couch at home.

In the case of Australian Idol, contestant and aspiring rock and roll hero Vinh Bui learned this firsthand when he got his chance at the big time and blew it spectacularly when he attempted an acoustic rendition of John Lennon’s “Imagine,” complete with a guitar solo; not only could he not sing, Vinh also couldn’t play guitar, delivering a strange, off key ‘solo’ that left one of the judges laughing hysterically, tears streaming down his face and another judge commenting that the whole experience felt like “a Quentin Tarantino movie”.

Brutal. He wasn’t great at “Imagine,” but just wait until you hear his take on “Somewhere Over The Rainbow”!