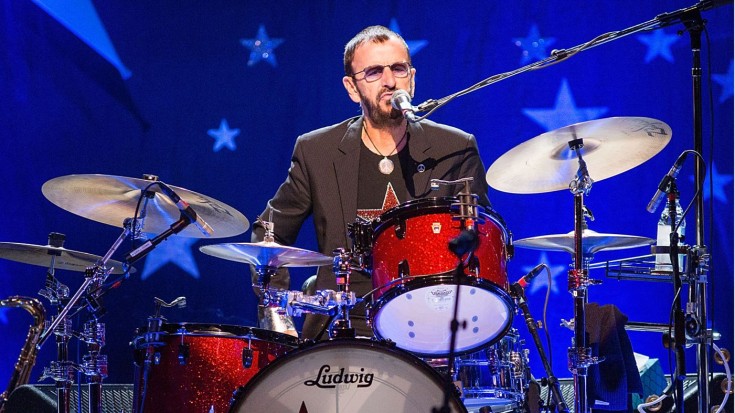 Ringo’s quirky style has influenced so many

In honor of Ringo Starr turning 77 today, let’s take a look at how Ringo’s unique playing style has influenced today’s drummers. In this video, which was played during Ringo’s induction into the Rock and Roll Hall of Fame last year, modern rock and roll drummers shared their take on the birthday boy. The drummers included Dave Grohl of Nirvana, Chad Smith from the Red Hot Chili Peppers, Max Weinberg from the E Street Band, Stewart Copeland of The Police, Tré Cool from Green Day and more! In the video the drummers analyze Ringo’s playing style, his impact on music, his simplistic drum kit and even crack a few light-hearted jokes toward The Beatles legend.

Ringo was born July 7th, 1940 in Dingle, Liverpool in England. Prior to joining the Beatles in 1962, Ringo played for Rory Storm and the Hurricanes. Ringo and the Beatles quickly became the biggest band in the world and changed music forever. They are still the best-selling music artist in the US, with over 178 million records sold.  The Beatles broke up in 1970 and each member went on to have successful solo careers, including Ringo who is still making music today. In 1988 the Beatles were inducted into the Hall Of Fame, and in 2015 Ringo was also inducted as a solo act. He was inducted by fellow Beatle Paul McCartney, and became one of 21 other artists to have been inducted twice.

What’s your favorite thing about Ringo?