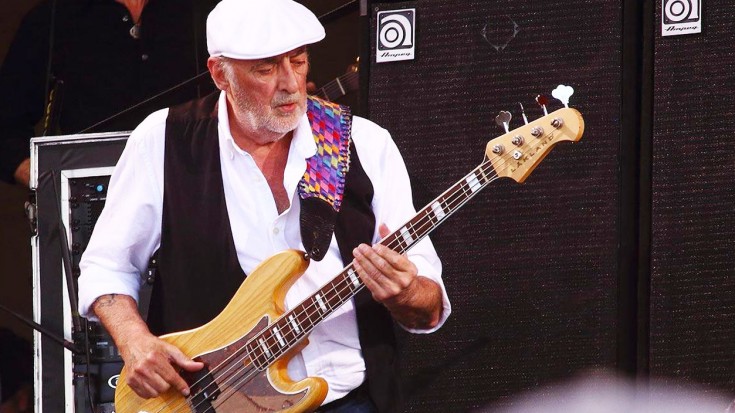 Fleetwood Mac’s survived everything: cocaine addictions, love affairs gone wrong, and numerous occasions of self destruction – only to rise from the ashes like some big rock and roll phoenix. One constant, however, has been the band’s anchor – bass player John McVie. Together with drummer Mick Fleetwood, John maintains one of the tightest rhythm sections in rock music, and in honor of his 70th birthday on November 26, here are 5 times John McVie’s bass playing stole the show!

From the killer rhythm created by John and drummer Mick Fleetwood, to the edgy, punk inspired bass line at the end, it’s pretty clear that John outdid himself with this one.

There’s something so animalistic about Fleetwood Mac’s ‘Tusk’ that couldn’t be accomplished without Mick’s tribal beats and John’s jazzy little bass line that kicks in at 1:10.

A throwback to the Peter Green era of Fleetwood Mac, ‘Oh Well’ features a first class bass riff delivered by John McVie. In fact, we’d go so far as to say that it even carries the song!

From the gray area between the Peter Green incarnation of Fleetwood Mac and the Buckingham-Nicks era, 1972’s ‘Bare Trees’ features an amazing, funky little bass like courtesy of John that drives the song beautifully.

Sure, Stevie Nicks absolutely shines on ‘Sisters Of The Moon’ – when does she not shine on anything she touches? However, it’s John’s bassline that provides a great backbone for Stevie’s vocals, and the interplay between Lindsey Buckingham, Mick Fleetwood and our man of the hour here John McVie is as good as it gets.