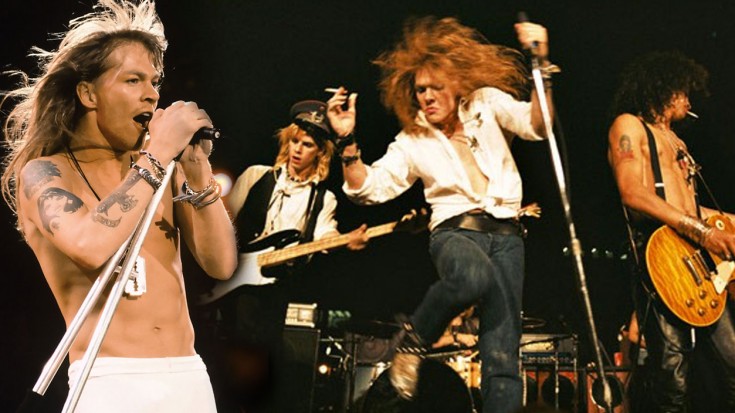 Released as a single in November of 1988, “Paradise City” was featured on Guns N’ Roses debut studio album, Appetite for Destruction.

Much like “Welcome To The Jungle,” this was inspired by Los Angeles, where the band was living. The verses deal with the rough life on the streets, but the chorus was based on Axl Rose’s memories of the Midwest, with images of green grass, innocence and possibility.

This video captures how powerful the band’s impact was. The crowd goes NUTS for this song. Between Slash’s iconic solos, and Axl’s hard hitting high notes, there isn’t much more you could ask for from a G N’ R show.

Captain America’s been torn apart
Now he’s a court jester
with a broken heart
He said-
Turn me around and
take me back to the start
I must be losin’ my mind-
“Are you blind?”
I’ve seen it all a million times