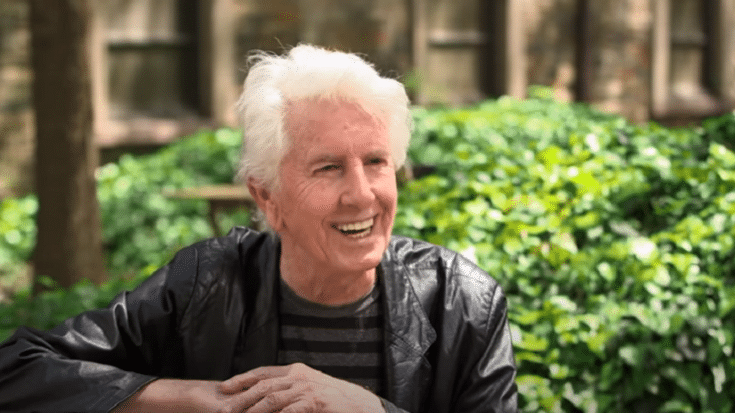 He’s Halfway Done With It

Graham Nash sat down for an interview with CBS Sunday Morning‘s Anthony Mason where he discussed his career, how he maintained his productivity amid the lockdown, and his new album in the works. He just kicked off his sold-out tour when he was forced to postpone the rest of the dates. In fact, aside from a couple of short walks to the local park with his wife, he’s been cooped up in his apartment for nine weeks.

But it doesn’t bother him in the least. He said, “I’m not a very social creature! I like to stay in my apartment. I like to be making music. I’m doing demos. I’ve got half an album already done.”

He then recalled the time when the coronavirus outbreak hit the US: “I was five shows into a sold-out tour, yes. And unfortunately, you know, it was getting crazy. I definitely was concerned about my audience and my crew and myself, you know? So yes, very strange times. We’ve been talking a long time over these years. And it’s never been this weird, has it?”

Although some states have reopened, Nash doesn’t think he would embark on a trek any time this year. He admitted, “Obviously, I love to perform. I love to communicate. But quite frankly, I don’t see it happening until 2021. That’s almost another year away.”