Get A Taste Of Early Skynyrd With One Of Their First Ever Recordings, “Need All My Friends” 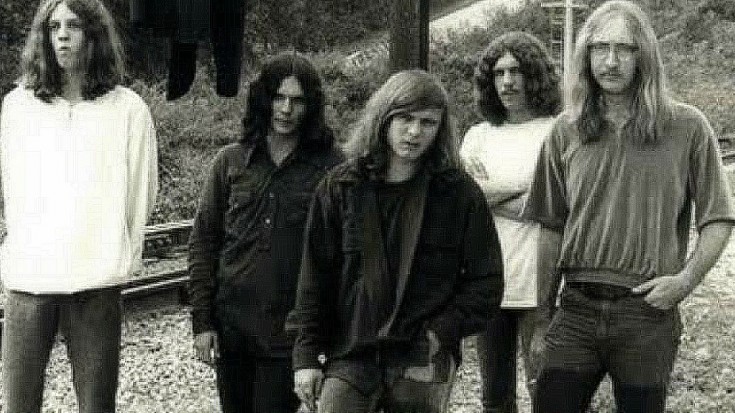 Four years after they began on a baseball diamond, Lynyrd Skynyrd headed into Jacksonville’s Norm Vincent Studios to record what would be two of the band’s first singles – “Michelle” and our personal favorite, “Need All My Friends”. Recorded in 1968, “Need All My Friends” is noticeably softer than future Lynyrd Skynyrd recordings and features a 20 year old Ronnie Van Zant celebrating the importance of finding your tribe – the kind of true blue friends with whom you forge a brotherhood that lasts through everything life has to throw at you.

Fun Fact: According to the Goldmine Price Guide to 45 RPM Records, approximately 300 copies of “Need All My Friends” were pressed.

It was never released on a studio album and listening to this demo, we can’t understand why; with its deeply introspective lyrics, great guitar work from guitarists Allen Collins and Gary Rossington and what we think is a Mellotron providing that neat little string effect a la The Left Banke’s “Walk Away Renee,” “Need All My Friends” is leaps and bounds ahead of what other bands were doing in 1968 and provides an amazing glimpse into the sheer amount of creative genius that goes into Lynyrd Skynyrd’s music. Be sure to relive the magic of this moment in Skynyrd hystory by listening to it in the audio below!