Lady Gaga Redeems Herself After Bowie Tribute, Kills It On Howard Stern With “Black Dog” 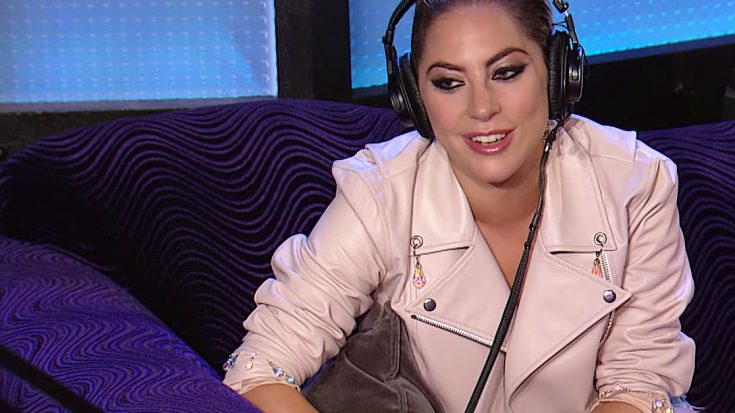 Lady Gaga may be one of the biggest popstars to currently walk the earth, but don’t count her out completely – the “Joanne” singer is also a die hard rock and roll fan, spotted at Iron Maiden concerts and even earning the approval of Iron Maiden frontman Bruce Dickinson. Gaga’s love for all things rock translated into a Grammy Awards tribute to David Bowie that came back with mixed reviews (Bowie’s own son was admittedly not a fan), but this week it looks like she’s more than redeemed herself in the eyes of rock fans everywhere with a surprising cover of Led Zeppelin’s “Black Dog” during an interview with Howard Stern.

Stern, who remarks that he didn’t know Gaga was once in a Led Zeppelin cover band, is visibly blown away as the 30-year-old singer briefly confirms both her love for Zeppelin and her stint in the cover band before belting out the first few lines of “Black Dog,” leaving behind her polished pop routine for something bluesy and far grittier than what we’re used to hearing, and y’all…we love it. Seriously! There’s no denying that Lady Gaga can sing, but until pretty recently we haven’t been given a chance to really experience what her voice can do in a rock setting. Now that she’s wanting to lean more toward the rock and roll side of the music industry, maybe we’ll get an album of Led Zeppelin covers – after this, we’re dying to hear what she can do with “Whole Lotta Love”!