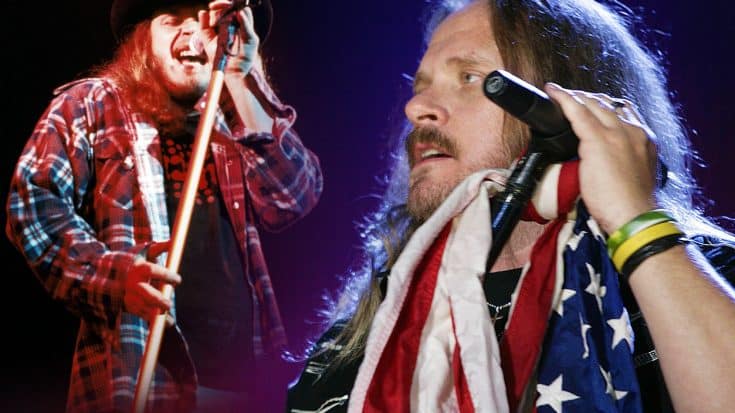 For 30 years, Johnny Van Zant has been the proud, worthy steward of what his older brother started more than a lifetime ago. As the frontman of beloved Southern rock institution Lynyrd Skynyrd, Van Zant’s sole mission is and has always been to preserve the music and legacy of his late brother Ronnie Van Zant, loved by fans and friends around the world as a poet for the common man fiercely determined in his pursuit of excellence and one of the greatest frontmen to ever grace a stage.

Having celebrated his own milestone as he marks 30 years since the blessing of family and friends gave him the courage to take his rightful place at the head of Lynyrd Skynyrd, the significance of the role his brother played in bringing Lynyrd Skynyrd to life and to center stage as one of Southern rock’s most influential bands isn’t lost on Johnny – not by a long shot.

"That's what this country is all about – being free. I think everyone wants to be a free bird." – Ronnie Van Zant

The traits we’ve all heard about over the years – Ronnie’s willingness to give you the shirt off his back, the fierce and furious work ethic that saw him pour hours of blood, sweat and tears into everything he sought to achieve, the ability to relate to all who crossed his path – they’re all part of the man Johnny proudly calls his big brother, parts that helped mold Lynyrd Skynyrd into the finely tuned machine they’ve rightfully earned the reputation for being and most importantly, parts that took Johnny from a childhood spent watching Lynyrd Skynyrd rehearsals in the Van Zant family living room to taking his place as the rightful heir to Southern rock’s most fiercely loved institution.

Looking for a gift that rocks? Get tickets for Skynyrd’s 2017 Tour! hyperurl.co/ggb2x6 #music #livemusic

After 30 years of doing an absolutely stellar job of keeping the Lynyrd Skynyrd spirit alive and well in the form of critically acclaimed albums, sold out tours and the respect of peers from every part of the musical spectrum, Johnny Van Zant’s most fervent prayer for Lynyrd Skynyrd is the same as it’s always been: that when all is said and done, folks remember the boys from Jacksonville who only wanted to write songs for real people and in doing so, carved out a glowing legacy far beyond what they ever dreamed.

“I hope that we’re remembered for being a band that wrote songs for the real people. A band that survived a lot – a lot of stuff that we all had to endure to keep the music alive. I always say that the music is a lot bigger than us.

So 35 years from now when we’re all checked out of here, or at least most of us will be, the music will still live on. I think it’s a cool thing that my brother, a simple guy from the west side of Jacksonville, hit Bob Burns in the head with a baseball and that started Lynyrd Skynyrd. It’s pretty amazing all the accomplishments that the band has had.”

“They got a talent, you know? Those Van Zants, it’s just in the blood.” – Gary Rossington #TBT