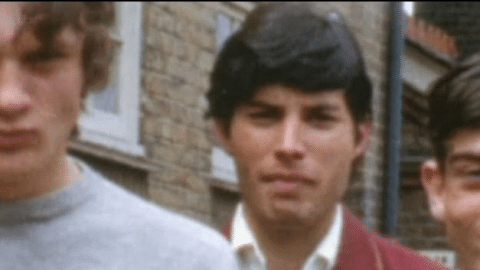 In 1964, Freddie Mercury’s family moved to Middlesex, England. And in the same year, he attended Isleworth Polytechnic (now West Thames College) in West London. He was just 18 and still years away from meeting future bandmates Brian May and Roger Taylor. Filmed by one of his friends during his first semester taking up art, the footage shows a rather shy Freddie instead of the flamboyant and charismatic one. Judging by this video alone, one wouldn’t think he’d someday rule the world’s biggest stages and become a master showman.

While he looks like he’s having fun, he’s pretty self-conscious about his teeth and covers it with his upper lip.

Personal assistant and close friend Peter Freestone told Express Online, “In public when he laughed he would cover his teeth with his lips or bring up his hand. Only at home, he relaxed. He let us see the real him.”

His former classmate Adrian Morrish also shared to Mojo magazine, “We met at induction and were put in a class together. Fred was charmingly shy, but also very engaging, and he desperately wanted to fit in. He dressed weirdly in drainpipe trousers that weren’t quite long enough and middle-aged jackets that were slightly too small.”