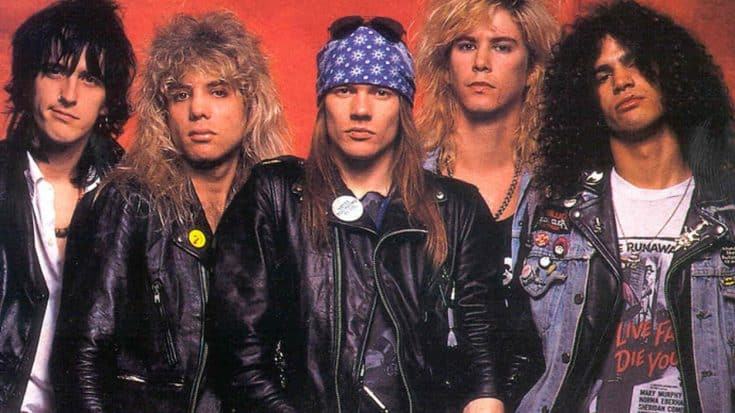 Adler Answers The Question On Every Fan’s Lips

Aside from a handful of special appearances, former Guns N’ Roses guitarist Steven Adler has been noticeably absent from the band’s Not In This Lifetime…Tour. We know why Izzy Stradlin isn’t participating (and doesn’t plan on it any time soon) and we’ve heard speculation as to why Axl, Duff, and Slash tapped Frank Ferrer instead of Adler, but the ins and outs as to why he isn’t touring with Guns N’ Roses have been kind of hush hush – until now, that is. In an interview with Mitch Lafon of One On One with Mitch Lafon, Steven was kind enough to shed some light on his absence from the celebration and surprisingly, it’s what we expected: an injury.

Adler practiced with Guns N’ Roses with the intention of joining them for several songs and splitting duties with drummer Frank Ferrer until a pinched nerve during the second rehearsal temporarily sidelined him; when he returned, Adler was surprised to find out that his bandmates decided to proceed without him, offering him instead a handful of special appearances. Despite his back injury preventing him from rejoining his bandmates on a long term basis, Steven remains positive and bears no ill will towards his former bandmates:

“I got some closure and I’m thankful I got to do what I did. I love those guys. It is what it is. What I want it to be is the five of us, and what Axl (Rose) wants it to be is what he wants it to be, and I respect him for it.”

We likely won’t see Steven onstage with Guns N’ Roses as they romp across Southeast Asia and Europe (it’s a little expensive to fly that far to play one or two songs, after all), the odds of seeing him with the guys again when they return stateside for the second North American leg of their Not In This Lifetime…Tour are pretty good. Who knows – maybe the future will hold a little more stage time for Steven, too!