Footage Leaks of Michael J. Fox Learning Guitar Behind The Scenes While Filming ‘Back To The Future!’ 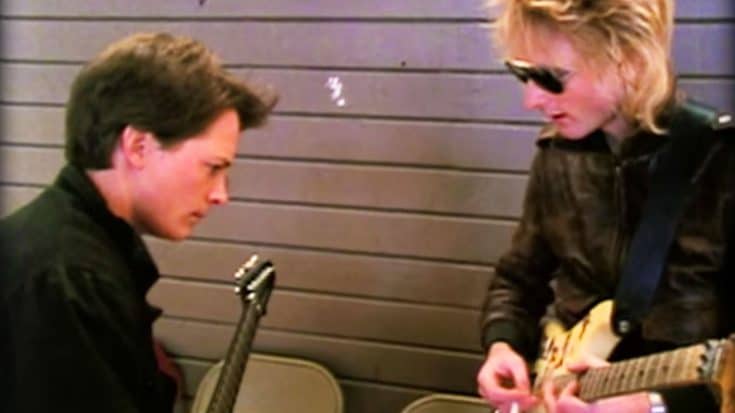 One of the most iconic scenes, and best uses of classic rock music, in movie history, is Michael J. Fox’s character Marty McFly performing Chuck Berry’s “Johnny B. Goode” during the prom scene of Back to the Future.

During the filming of the movie, Fox actually took the opportunity to learn the guitar and the song itself. Behind-the-scenes footage has surfaced of Fox actually getting guitar lessons from the great Huey Lewis! Huey is teaching him the basics, and during this clip they are focusing on Huey’s song “The Power of Love.” You can see that Huey is impressed with Fox’s skill and his ability to learn quickly! They both laugh over the many times they mess up as well!

Fun Fact: A musician named Mark Campbell sang Fox’s vocals, but was credited as “Marty McFly.” Also, Fox was not actually playing the song in the scene itself, but was miming the notes perfectly as if he were.