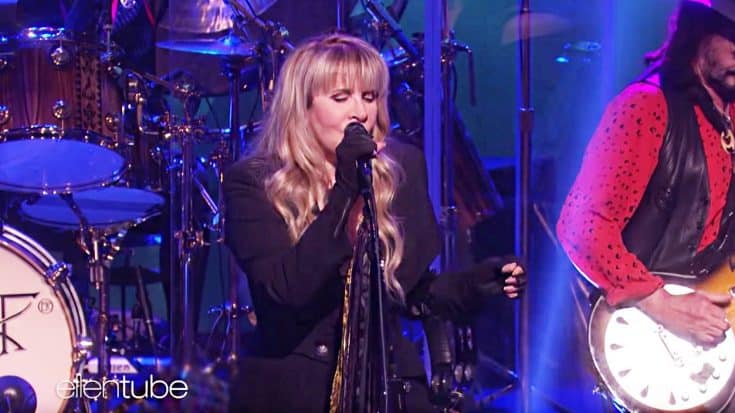 This year has been a pretty rocky year for legendary rock band Fleetwood Mac, and it all started with the sudden and unexpected departure of longtime guitarist Lindsey Buckingham. Just like if Keith Richards left the Rolling Stones, or if Joe Perry left Aerosmith, Lindsey’s departure was easily one of the most shocking moments in the world of rock & roll to happen in 2018, maybe of all time.

It goes without saying that one of the best things about seeing Fleetwood Mac live was seeing the undeniable chemistry between Lindsey and lead singer Stevie Nicks. The two, both musically and theatrically, played off each other in a way that most singer/guitarist duos can only hope to duplicate.

As you can imagine, when the announcement that Lindsey would no longer be in the band was made, there were many passionate reactions from fans.

Nevertheless, the band is persevering through the difficult times and sound as great as ever with new guitarist Mike Campbell. What you’re about to watch is a video in which the aforementioned Fleetwood Mac take the stage during The Ellen DeGeneres Show to perform their iconic smash hit “The Chain”. As you’ll hear, despite their setbacks this year, they’re continuing to sound as great as they always have. See for yourself!