Flashback To When John Fogerty And Jerry Lee Lewis Covered “Good Golly Miss Molly” And Tore. It. UP! 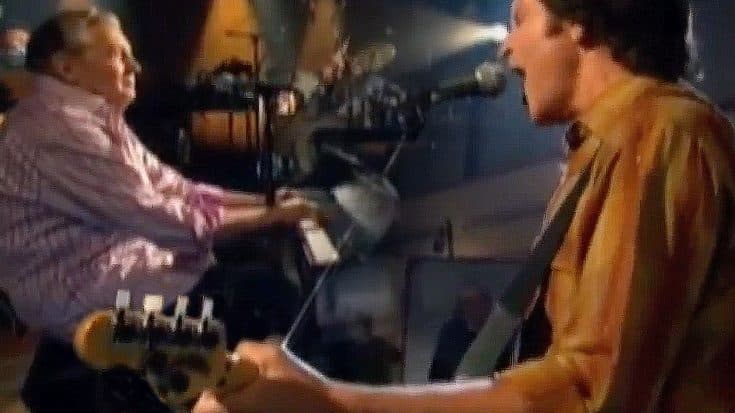 When rock legends John Fogerty and Jerry Lee Lewis linked up for this performance of Little Richard’s “Good Golly Miss Molly,” it’s a wonder the roof didn’t blow clean off the building – that’s how powerful these two were onstage together! From that opening wail of “Good Golly Miss Molly” from Fogerty that sliced through the air as quickly and cleanly as a hot knife to the fleet fingered boogie woogie piano playing that quickly became the hallmark of Lewis’ career, this non-stop thrill ride is nothing short of a match made in rock and roll heaven, bringing together one of the cornerstones of rock music as we know it with a direct descendant who excelled beyond belief at translating the original design into something uniquely his own.

This isn’t just a case of two legends getting together and jamming – no, far from it. The mile wide grin on Jerry Lee Lewis’ face as he watches John Fogerty jamming away on the other side of the stage looks, feels, and sounds like two old friends tossing their favorite licks around, making it look as effortless as breathing while still reminding us mere mortals that there’s a reason why these two rock icons have both earned their reputations as legends of the highest order, and earned them several times over. Check it out in the video below!