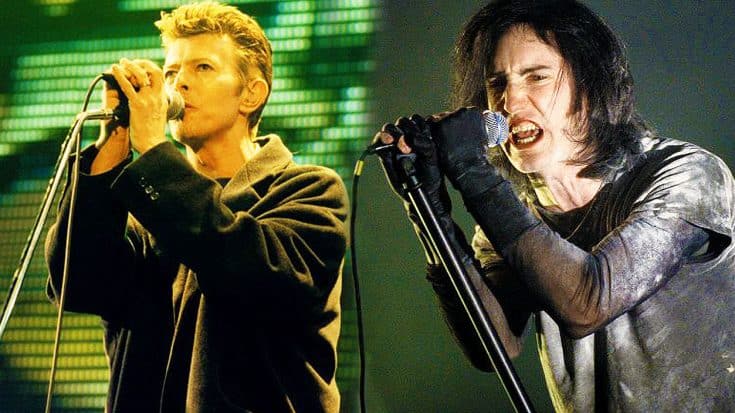 This will give you chills!

David Bowie was one of the most versatile musicians to ever walk this earth! Bowie was always changing his style, and collaborating with new and upcoming musicians. Back in 1995, Bowie went on a co-headlining tour with Nine Inch Nails.

David Bowie is one of Nine Inch Nails biggest influences, so being on tour with him was a dream come true to frontman Trent Reznor. During one show on the tour, Reznor invited Bowie on stage for an unforgettable duet cover of  Nine Inch Nails’ classic “Hurt.” The version they spew out is haunting, as Bowie’s vocals fit perfectly with the song, and seamlessly go well with Reznor’s.

Fun Fact: In 1995, Nine Inch Nails co-headlined the Dissonance tour with David Bowie. The tour is part of the Self Destruct Touring Cycle. Although NIN were supposedly more popular than Bowie at the time, Reznor felt uncomfortable having his idol open for him. So NIN played after the opening band Prick and before Bowie.

Check out the cover down below and let us know what you think!