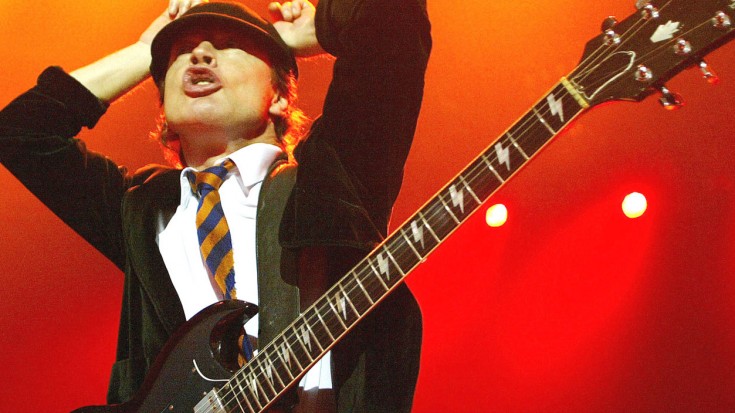 It All Makes Sense Now!

As inspired as we are by our rock idols, it’s easy to forget that at one time, they were starry eyed youths too – totally enamored with a song or band they heard on the radio for the very first time and immediately setting their sights on rock stardom. For Pink Floyd’s David Gilmour, Bill Haley’s “Rock Around The Clock” was the catalyst for his career as a musician but in the case of Australian rocker Angus Young of AC/DC, his journey to rock and roll megastardom began in 1958 when at the age of 3, he heard Little Richard’s “Keep A Knockin'” on the radio for the first time. Calling it a ‘great rock and roll song’ as well as the first real rock and roll song he ever heard, it’s no surprise that his music with AC/DC would follow the same rollicking good time pattern as “Keep A Knockin'” and so many other rock songs of the 50s.

With a driving rhythm, twinkling piano and “call and answer” interplay between Little Richard and his horn section, this classic would go on to inspire the way AC/DC constructed songs. Sure, you’ll never hear a horn section in a song like “Shoot To Thrill,” but the way Angus translates that element into vicious little guitar licks here and there is a definite nod to the song that started it all!