Exploring The Last Food Rockstars Ate Before Their Death 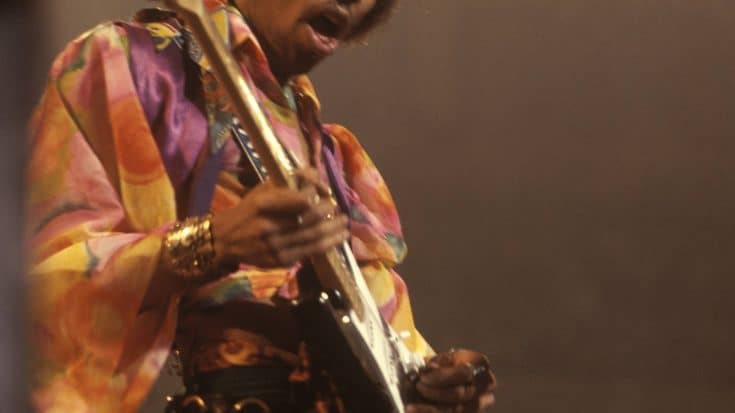 Ever wonder what is the last thing that your favorite late musicians ate? Whether it was a conscious choice or just wound up being their concluding eating experience, it matters because it was the last. Let’s have a short recap on the final meals of some famous dead rock stars.

John Lennon
Lennon ate breakfast at Café La Fortuna where he ordered the eggs benedict. He then grabbed his lunch at the Stage Deli and little do they know that the corned beef sandwich will be his “last supper.” Later that night, he was shot by David Chapman, a fan whom Lennon had autographed an album earlier that day. He shot him with four bullets using a 38-caliber handgun. Lennon, who was only 40 at that time, died of his wounds on the way to the hospital.

Kurt Cobain
Five days prior to his death, the 27-year-old Cobain ate bananas dulce. A food in which the fruit is sautéed with brown sugar and rum. Fast forward to April 8, Cobain’s body was found at his Seattle home by an electrician hired to work the property. A shotgun was found on Cobain’s chest and a suicide note nearby.

Jimi Hendrix
On September 18, 1970, Hendrix ate a tuna sandwich and matched it with nine barbiturate pills, which is 18 times the regular dosage. The next morning, he was found dead. The 27-year-old guitarist has overdosed on barbiturates and his body attempted to expel the drugs through vomiting. Hendrix died from being asphyxiated.

Karen Carpenter
Known to many, the singer struggled with anorexia nervosa in the early 1980s. In 1983, she went out to have dinner with her parents in Downey, California. That same night, she stopped at a local Mexican takeout place and ordered a couple of tacos to eat. The next morning, Carpenter suffered a heart attack. As per reports, her system had been weakened and stressed by years of damage from anorexia nervosa. Carpenter was only 32.

Elvis Presley
The King of Rock and Roll was known as someone who loves to eat multiple hot fudge sundaes in one sitting. Before his death, Presley took four scoops of ice cream and six cookies. Hours later, he suffered a heart attack and was later on found to be unresponsive. He was even rushed to the hospital, but the doctors couldn’t revive Presley. They pronounced him dead at the age of 42.

Keith Moon
On September 6, 1978, according to Classic Rock, Moon attended a party thrown by Paul McCartney at a diner in the Covent Garden area of London to celebrate the birthday of deceased early rock star Buddy Holly, in advance of the premiere of The Buddy Holly Story film later that evening. Moon, trying to limit his alcohol intake, cut himself off at two glasses of champagne, and upon returning home in the middle of the night, asked his girlfriend Annette Walter-Lax to prepare a meal, and she cooked up some lamb cutlets. Around 4 a.m., he took a large dose of Heminevrin and fell asleep, woke up at 7:30 a.m., and demanded more lamb chops. He ate those, took some more pulls, and fell asleep again. He never woke up and was pronounced dead at around 6 p.m. on September 7.

Garcia suffered from a host of medical problems, including Type 2 diabetes and substance addiction, and according to TheWrap, he wrapped up a Grateful Dead tour in the summer of 1995 and checked into Serenity Knolls, a Northern California health spa and rehabilitation center, around the time of his 53rd birthday. On August 8, 1995, Garcia’s wife, Deborah, checked him out of Serenity Knolls, took him out to dinner at an Italian restaurant, and returned him to the facility. The next morning, a staffer checked in on Garcia and saw him lying atop his bed linens cradling an apple in his hands. Later that day, at Serenity Knolls, Garcia died of a heart attack, according to CNN.

Jim Morrison
According to Classic Rock, Morrison’s girlfriend, Pamela Courson was feeling under the weather on July 2, 1971, so Morrison went out to dinner alone at Le Quattier, a restaurant on the Rue Saint-Antoine, where the Doors frontman consumed a sweet and sour Chinese-style dish and multiple beers. After seeing a movie, he returned to his apartment, began drinking whiskey, watched some home movies with Courson, then fell asleep, waking at some point to take a bath. He threw up three times and fell back asleep in the bath, dying at some point in the night. Morrison was 27.

On the afternoon of June 24, Jackson emerged from the upstairs bedroom of a rented mansion near Beverly Hills, California, and joined his children for a meal, according to The Associated Press (via MassLive). Jackson requested his personal chef, Kai Chase, make a light but nutritious meal, and he made a dish of seared ahi tuna, organic salad, and a glass of orange and carrot juice.

Freddie Mercury
The one and only Freddie Mercury announced in public in 1991 that he’d contracted the AIDS virus and was already in the late stages of the disease. Only about 24 hours later, Mercury was dead. He died in the arms of his partner, Jim Hutton, who tried to feed him a mango before he passed away.

Michael Hutchence
The singer of the pop-rock band INXS was only 37 at the time of his death. On November 21, 1997, Hutchence dined at Flavour of India and ordered a dish consisting of crab meat mixed with shredded ginger, chilis, and onions served inside the skins of potato, along with butter chicken, chicken tikka filets, and mushroom saag aloo. The next day, his body was found dead. It was no longer a secret that the musician was suffering from family problems and depression at that time. His body was found to be surrounded by empty alcohol bottles, investigators ruled that Hutchence died by suicide.

Sid Vicious
The Sex Pistols bassist was given a celebration by the actress Michelle Robinson hours after the musician was released from the Rikers Island jail after a two-month stay for attacking a man in a club with a beer glass. The musician ate a plate of spaghetti bolognese along with other visitors. Both Vicious and Anne Beverley (his mother) were heroin addicts. After the said dinner, he asked her to go find him some drugs. After taking those, a friend supplied him with almost-pure heroin that he injected into himself which eventually caused him to collapse. Fortunately, the bassist was revived by Robinson and Beverley. However, he injected heroin one more time at night and was found dead in the morning. He was only 21 at that time.