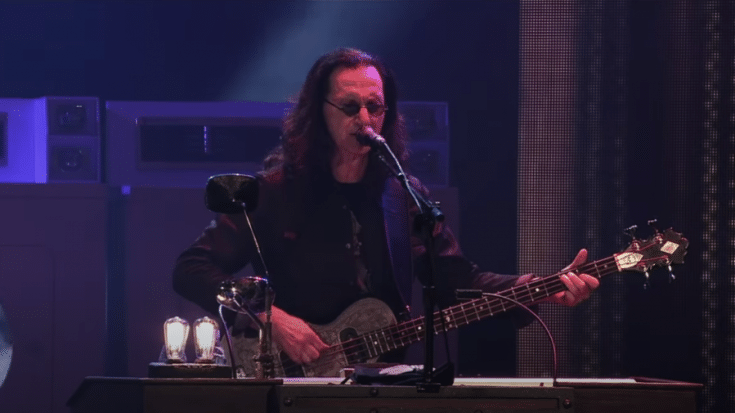 Geddy Lee doesn’t get enough recognition as a vocalist. He’s an immensely talented bassist, keyboardist, and a great frontman but his singing rarely makes it on “best singers” lists. His voice is unique and distinctive. Of course we’re talking about Rush during their heyday when every member was in peak form and at the top of their game.

For the record, Geddy Lee has a three-octave vocal range and a tenor. Not everyone’s a fan of his vocal style but the fact remains that most of the notes are difficult to sing. Besides, it suited Rush’s music. Understandably, his range is no longer what it used to be which is normal for any singer. But in the ’70s and ’80s, we can hear his high-range vocals in all its glory in songs like “Cygnus X-1 Book 2: Hemispheres”, “Anthem”, and many more.

He cited Led Zeppelin’s resident screamer Robert Plant as one of his influences. Geddy Lee’s vocals may not be everyone’s cup of tea but anyone who tries to sing Rush songs is in for a big surprise – that it takes a lot to pull off Lee’s singing.