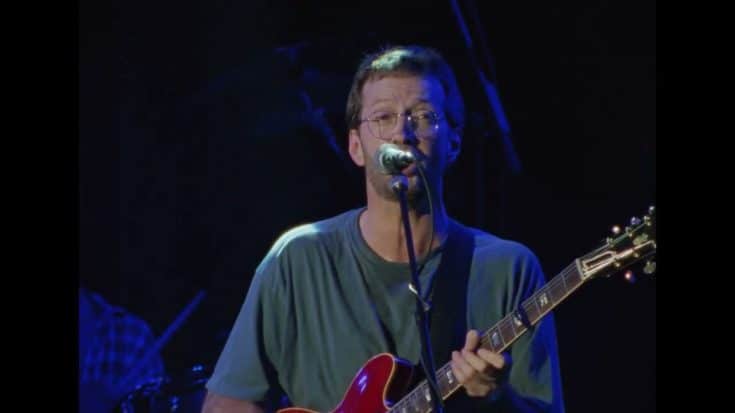 Eric Clapton‘s performance of the Freddie King classic, “Have You Ever Loved A Woman” in 1994 is now streaming. Recorded live at the Fillmore in San Francisco, the captured video marks as the first preview to his live concert film “Nothing But The Blues” to be released on June 24.

The newly uploaded footage was part of Clapton’s tour in support of his blues covers album, “From The Cradle.” It was broadcast once in the U.S. on PBS in 1995 and got nominated for an Emmy Award. Now, it has been upgraded to 4K as part of the upcoming film documentary written and produced by Scooter Weintraub and executive produced by Martin Scorsese.

It will include an in-depth interview with Clapton conducted by Scorsese, where they will discuss Clapton’s love for the blues and the influence of the bluesmen like Muddy Waters and B.B. King on his music. Many of those artists such as Robert Johnson, Howlin’ Wolf, Buddy Guy, T-Bone Walker will appear in the film through archived performances, interviews, and photographs.

“Nothing But The Blues” will have an accompanying soundtrack to be released by Reprise Records that features more than an hour of previously unreleased live performances recorded during Clapton’s 1994 tour and will be available as a standalone on CD and 2LP vinyl. The music will also be available for digital and streaming services on the same day of the release.

There will also be a Super Deluxe Edition that comes with the documentary on Blu-ray, the soundtrack on both formats, a bonus CD with four extra tracks “Driftin’,” “Country Jail Blues,” “Kid Man Blues,” and “Too Bad,” and an exclusive hardcover book with memorabilia, including a numbered lithograph, 12×24 poster, Clapton guitar string set, custom guitar picks, and an exclusive bandana.

Meanwhile, Clapton is set to launch his European tour in Zurich, Switzerland on May 17. Watch his 1994 performance below.