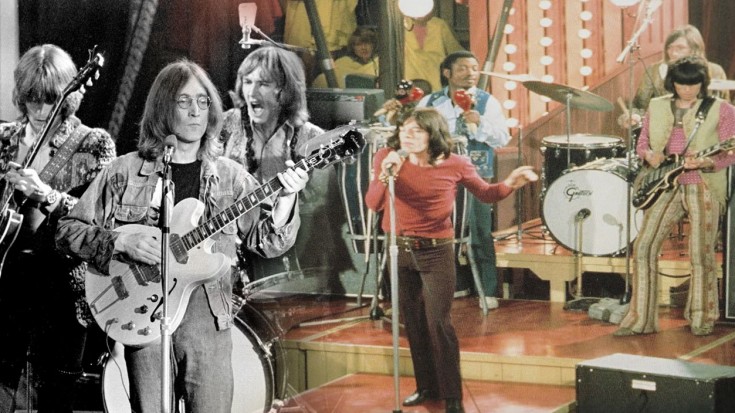 The Rolling Stones Rock and Roll Circus is a film released in 1996 of an December 1968 concert. It was an event organized by The Rolling Stones. There were two concerts on a circus stage and the all-star musicians consisted of; The Who, Taj Mahal, Marianne Faithfull, and Jethro Tull.

John Lennon and Yoko Ono performed as part of a supergroup called The Dirty Mac, along with Eric Clapton, Mitch Mitchell, and Keith Richards.

The project was originally conceived by Mick Jagger as a way of branching out from conventional records and concert performances. Jagger approached Michael Lindsay-Hogg, who had directed two promos for Stones songs, to make a full-length TV show for them.

If you love Classic Rock, this is a short film you must see! This was the first time Lennon played without The Beatles, The Stones give an incredible performance, and Clapton kills it like usual. Check it out!

The eagle picks my eye
The worm he licks my bone
I feel so suicidal
Just like Dylan’s Mr. Jones
Lonely wanna die
If I ain’t dead already
Ooh girl you know the reason why