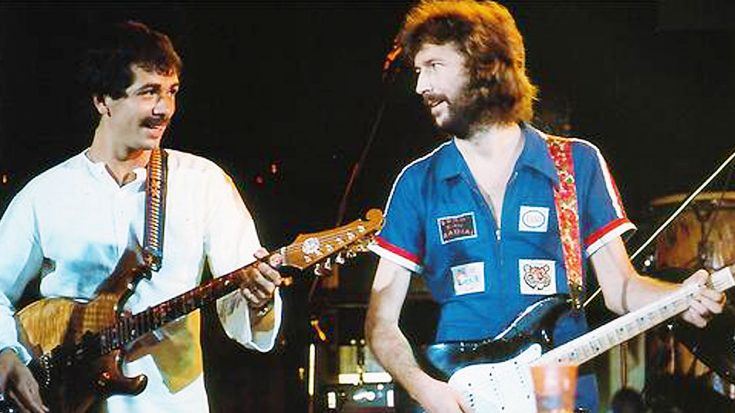 A duet that only happens once in a lifetime

When two of the greatest guitarists come together for a duet, it’s a magical moment. The duet that Eric Clapton and Carlos Santana once pulled off was truly supernatural. The two legendary axeman teamed up for an incredible cover of Jimi Hendrix’s “Little Wing,” as a special tribute to the reverend guitarist. Santana and Clapton’s cover is unbelievably mesmerizing, and a completely different take on the tune. Rather than a quick ballad, the song is basically stretched into a 13-minute shred-off between the two.

Fun Fact:“Little Wing” was inspired by the 1967 Monterey Pop Festival, a concert held during 3 days of the “Summer of Love” (1967) featuring The Who, The Byrds, Janis Joplin, and many others. Attended by about 200,000 music fans, it happened 2 years before Woodstock. Jimi wrote about the atmosphere at the festival as if it was a girl. He described the feeling as “Everybody really flying and in a nice mood.” He named it “Little Wing” because he thought it could just fly away.

As for the vocals, we’re unsure of who did them. There are no credits on the video, and we’ve tried checking, but can’t find anything. If you have any info on who does the vocals let us know! It is an amazing cover by two absolute legends.

Enjoy the cover for yourself down below!