Eddie Vedder Covers Neil Young In Boston, And Is Joined On Stage By A Guest You’d NEVER Expect! 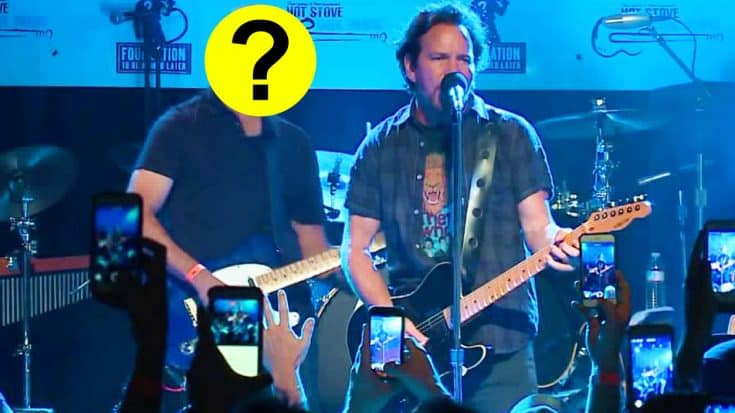 It doesn’t get Eddie Vedder than this!

Eddie Vedder‘s life has been one big party the last half year. Some huge milestones have happened in his life. Back in November, Vedder, a lifelong Chicago Cubs fan, finally witnessed his team with a World Series after a 108 year drought.

Earlier this month, Vedder’s band Pearl Jam was finally inducted into the Rock and Roll Hall of Fame.

Since then, Eddie has been making appearances everywhere, and the appearance that he made this past weekend will go down as one of the most memorable!

While the Cubs were in Boston for a four game series with the Red Sox, Eddie decided to make a trip out there. During his trip, he decided to put on a concert, and treated a Boston crowd to a great set of Pearl Jam, solo and cover songs! One of the songs he covered, was Neil Young’s “Rockin’ In The Free World.” During the performance, a special guest jumped on stage: Cubs General Manager Theo Epstein, who used to be the GM of the Red Sox. Epstein and Vedder put on one hell of a show, and they sounded amazing.

Check out the awesome performance down below, and let us know what you think!