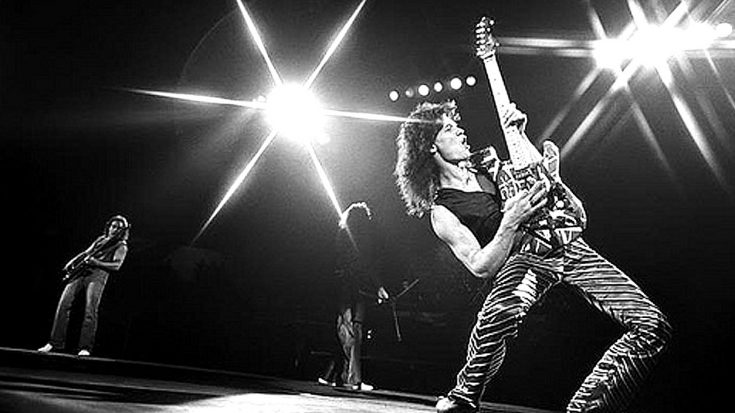 Eddie Van Halen Doing What He Does Best!

Legendary rock guitarist Eddie Van Halen can wow an audience as easy as it would be for him to get out of bed. he is arguably the most influential guitarist in all of american rock from the 1980s. He took and instrument known as the electric guitar and somehow made it even more electric. Simply put, he is one of the best. And though he is one of the best, he is more often than not not showcasing his ability on his own, but this old video here proves otherwise!

What you’re about to watch is a video of Eddie Van Halen perform an instrumental version of the hit Van Halen song Hot For A Teacher. Aside from the usual guitar leads that Eddie usually plays on this song, he adds even more amazing instrumental parts. The performance is truly amazing from both Eddie AND the band! See for yourself.