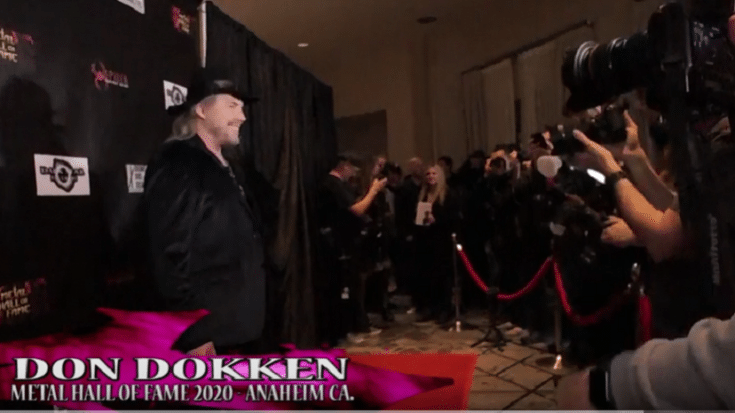 Don Dokken just released an update to set the record straight about the status of his hands following a recent neck and spine surgery. In an interview with “The Classic Metal Show” a few weeks ago, he said that “[M]y hands are dead. They don’t move. It’s very strange. It’s an interesting way to live your life.” He further explained, “Obviously, I can’t dress myself. I can’t get my clothes on. I can’t feed myself — I really can’t. So I’m trying to find someone to go on tour with me to basically babysit me. At least I can sing. My voice feels great. I just can’t hold a microphone.”

He also revealed that he’s been undergoing physical therapy for four days a week.

On Saturday, a statement was posted on Dokken’s social media platforms and it said:

“Earlier today a series of interviews were put out on music news websites regarding Don’s health and use of his hands… That interview came out in early January 2020.

Don had neck and spinal surgery in early November 2019. There were some complications; Don’s right arm and hand were partially paralyzed as well as overall weakness in his body.

Since that interview in January, Don is doing much better and his doctors do expect him to fully recover but it will take time. He does continue to have difficulty holding items and at this time is unable to play guitar, this does not affect his voice. That being said, there are no changes at this time to the upcoming show schedule.

Don has been actively writing new music, is in great spirits, looks forward to the upcoming Dokken shows and greatly appreciates the outpouring of support.

Dokken is about to have a busy year since they’re working on a new album – a follow-up to 2012’s Broken Bones. There’s no release date yet but it might be out later this year. They also have a couple of live shows scheduled.