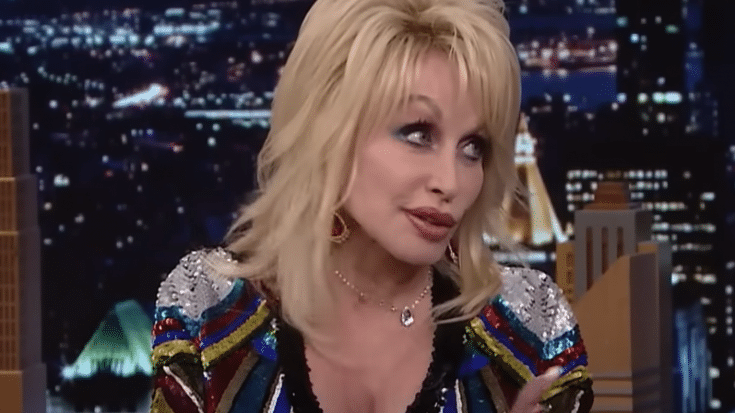 The icon announced months ago that she will be creating a new record. Now, she revealed some of the legendary artists who will be joining her with this upcoming project.

The album will be released this fall. In her previous statements, Parton mentioned that Steve Perry and Steven Tyler will be on the record. Now, names like Paul McCartney, Stevie Nicks, Cher, and John Fogerty were added to this.

“We just finished our song last night,” she said of her Nicks collaboration. Parton also noted that although she is “doing my best” to get Mick Jagger on the album, the Rolling Stones’ song “(I Can’t Get No) Satisfaction” will appear on the LP with singers Pink and Brandi Carlile as guests.

Apart from original materials, the country legend is also expected to include covers of songs by Prince, the Rolling Stones, Lynyrd Skynyrd, Led Zeppelin, and more. She also shared in the past that she’s planning on covering Elton John’s “Don’t Let the Sun Go Down on Me” and even asked the singer to join her on the track. She said:

“I’ve sent out a message asking if he would sing with me on it and possibly play the piano. So if y’all get to see him, say Dolly wants you to sing on her record!”

Her dedication to this was very evident as she was saying that she reaches out to the artist herself, rather than working through a manager or publicist. She explained:

“I send a message myself because I figure they don’t need to get that through somebody else.

Last November, Parton was inducted into the Rock & Roll Hall of Fame. When she was invited to The Tonight Show with Jimmy Fallon, she shared this plan for the first time. Recalling what she said, Parton stated:

“I’d always thought I might want to do a rock record because my husband is a rock ‘n’ roll freak.”