Discover The Making Of “Under Pressure” By Queen And David Bowie 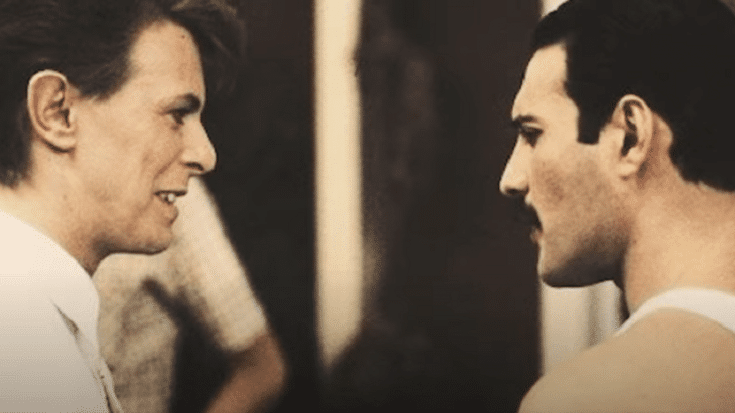 In 1981, David Bowie and Queen teamed up to write and record what would become one of the greatest collaborations in rock. “Under Pressure” was a huge hit, charting in over ten countries.

Initially though, Bowie went to Mountain Studios to provide backing vocals for the Queen track “Cool Cat” but it didn’t make the final version because he didn’t like his performance. “Under Pressure” developed from an impromptu jam session where Bowie took over most of the creative and musical direction. As expected, there was tension because Freddie Mercury was used to having his way when it came to the songs.

Guitarist Brian May told Mojo magazine in 2008, “It was hard, because you had four very precocious boys and David, who was precocious enough for all of us. David took over the song lyrically. Looking back, it’s a great song but it should have been mixed differently. Freddie and David had a fierce battle over that. It’s a significant song because of David and its lyrical content.”

The song received widespread critical acclaim and has been featured in films and commercials. It has stood the test of time too.

Check out the making of the song below.