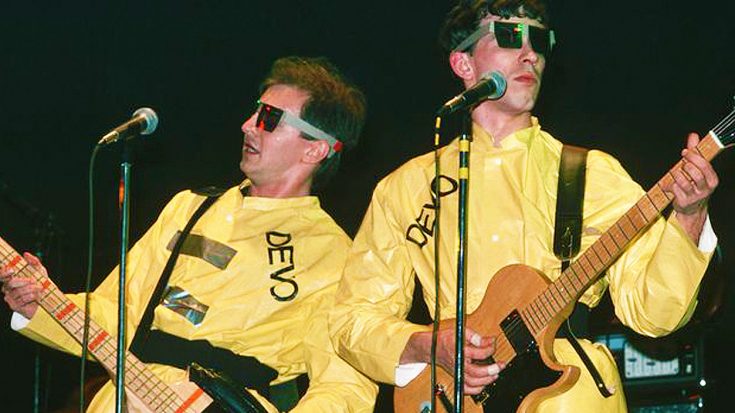 We’re definitely satisfied with this cover!

It’s often said that people should refrain from messing with the classics. Very rarely will you ever see a cover that lives up to the amazingness that the original brought, and there are only a handful of instances where a cover has actually surpassed a cover as the superior version.

In this instance, Devo’s cover of The Rolling Stones’ “(I Can’t Get No) Satisfaction” held a pretty strong candle to the Stones’ original version, due to its uniqueness and originality! At first  you won’t be sure if you’re hearing the same song, but once the guitar and vocals kick in, you’re finally introduced to a side of the original song that’d you’d probably never imagined hearing.

The song is completely changed. The rythm, the tone, style and vocals. It’s definitely not your ordinary cover, but it’s funky flare and originality will grab your attention immediately! In addition, check out the band’s syncronized dance moves. They look like robots!

This version of the song was released about 12 years after the original, so it came about just before the 80’s new wave music took over the scene! The band performed this on Saturday Night Live, and received positive reception from everyone regarding it!

Check out the epic cover down below and let us know what you think!