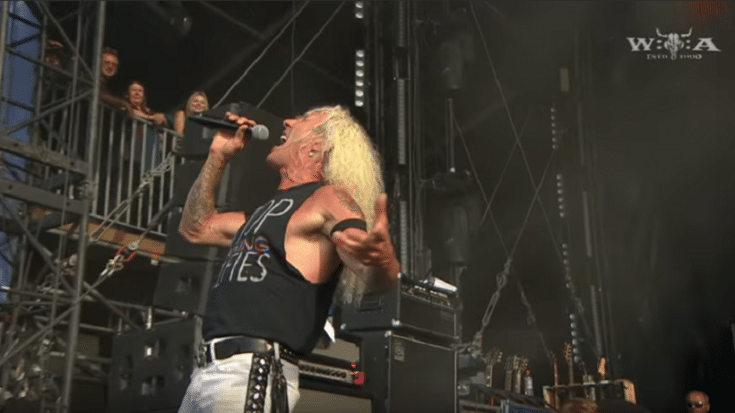 He Has Now Collected Over 30,000 Signatures

Ever since the announcement was made that Jennifer Lopez and Shakira are set to headline the Super Bowl halftime show, Dee Snider has been taking to Twitter to air out his grievances to the NFL that “the great heavy music that rocks the stadiums week after week, game after game is completely ignored.” He then clarified that it wasn’t about the pop stars but the “frustration that week after week rock is the go to music during games but gets no respect when it comes to the Super Bowl! And I don’t think I’m popular enough for that slot. But @Metallica…”

And now, he continues with his one-man crusade to get rockers at the next Super Bowl halftime show. He’s currently campaigning for AC/DC via an online petition which, as of this writing, has close to 34,000 signatures.

He also posted an update on Instagram and called out to fans and fellow rockers to join him in his “mission.”

This is the next step in our mission! Stand up and fight for this with me!

But why AC/DC? He told The Maine Edge, “The thing about AC/DC, and the reason why I’ve chosen them as the focal point for this movement – to bring real rock back to the Super Bowl halftime show – is because they’re kind of down the middle, they’ve had a lot of hit records. Back in Black is the second-best-selling album in the history of recorded music. This is a band with broad appeal that is already part of the soundtrack to every football game.”