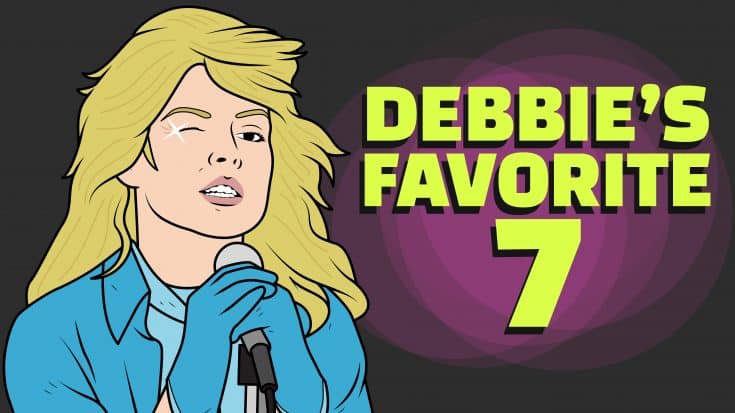 If there’s one thing to be said about Debbie Harry, it’s that she’s fearless. At a time when punk was still being largely dominated by men, she became an icon. From her fashion to her striking beauty and overall attitude on and off stage, she was unlike any other female rocker. She’s straightforward and unapologetic. That and her talent made her one of the most influential frontwomen in history.

She said in her memoir “Face It”, “In order to survive, I could never put myself in the position of whining about being a woman. I just got on with it. As much as it was possible, I found a way to do what I wanted to do.”

Yes, she’s an absolute badass and here are seven of her most favorite songs:

A beautiful and mesmerizing piece of music.

6. Calvin Harris – “Merrymaking at My Place”

From the Scottish musician’s debut album “I Created Disco”, drug references were removed in the radio edit.

This dance-rock song was Gossip’s first international hit and they revealed that they drew inspiration from Donna Summer and Siouxsie and the Banshees. According to composer and guitarist Nathan Howdeshell, “Beth [Ditto] busted some Donna Summer elements, and since I have been listening to lots of darkwave, I put a bass synth on the track as opposed to a real bass: we wanted something steeped in ’80s darkwave. I can’t stop listening to ‘Red Light’ by Siouxsie and the Banshees.”

That vocal performance is just powerful.

Originally by Billie Holiday, it’s an protest song against the lynching of Black Americans. Nina Simone’s cover is spine-chilling.

The title track to their second studio album, the song is about the sensations felt with the IV injection of the recreational drug methamphetamine.