David Hasselhoff Going Heavy Metal For New Album – No Really, We’re Not Making This Up 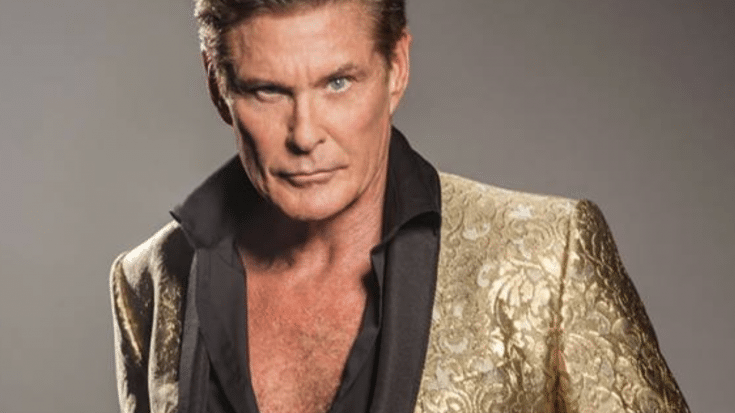 I know, I know – I said that last month when Freddie Mercury rocked out in a 120mph wind tunnel, but I mean it this time! Earlier this week it was announced that David Hasselhoff plans to go metal for his brand new album, promising something that will “be a touch heavier” than his previous records.

“I’m doing some heavy metal songs on my new album,” the 66-year-old Baywatch star told Deutsche Presse-Agentur in a recent interview. “Why not? I do not have an album title yet, but it should read ‘Everything is allowed’. I do everything. Because I can. Because I want to.”

We’ve long known that the Hoff is a metal fan – Iron Maiden and Ministry are two bands that immediately come to mind as ones he particularly likes – but to hear him venture into the genre himself should be nothing short of interesting and more than a little bit entertaining.

In a video shared to Facebook by Adam Hamilton, Hasselhoff’s producer and former member of L.A. Guns, he gives a taste of what fans and critics alike can expect when the album arrives. He’s recording a cover of Echo & The Bunnymen’s “Lips Like Sugar,” and reveals at one point that he’ll even tackling The Jesus and Mary Chain’s “Head On” for the new album, too.

David Hasselhoff In working on his album today.

The album, which as of now has neither a name or a release date, will also feature another member of L.A. Guns in its production: Tracii Guns, who will be playing guitar for Hasselhoff.

What do Tracii Guns and The Hoff have in common? One is going to play guitar on the others new album!

This should be…exciting, to say the very least! All jokes aside, David Hasselhoff is a pretty big deal in Germany, scoring a #1 hit with his song “Looking for Freedom” – which, you guessed it, will also be making an extra special appearance on his new album exactly 30 years after it went #1.

Will you be checking it out, or passing on the Hoff’s latest foray into the metal world? We sure will!