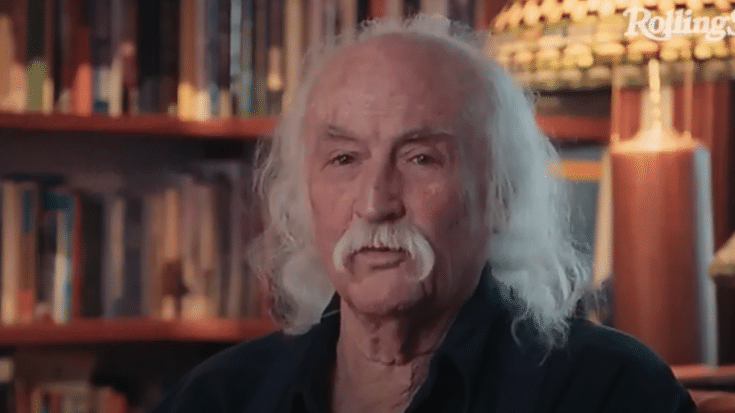 He Said “It Was The Main Thing In My Life”

David Crosby appeared on the latest installment of Rolling Stone’s “Ask Croz” segment. He had to answer questions from readers without knowing any of them in advance. At first, he was asked how he keeps soup off his mustache and after laughing heartily, he responded: “With a napkin, same as you.”

One woman asked him whether she should consider having an affair since her husband underwent prostate surgery and cannot function sexually anymore. Crosby replied with: “I can’t solve that for you. Now, he can’t help it that he got sick and that they had to operate on him and his dick no longer works. Not really his fault.”

He then added, “Getting laid isn’t the most important thing. I say that as someone who it was the main thing in my life. I was a caboose to my dick. I followed it around, but it doesn’t turn out to be the right thing to do. In large part, it depends on how much you love the guy. If you love the guy a lot, don’t do it. It’ll break his heart.”

Crosby also answers a variety of questions like whether CBD actually works. Check out the rest of the segment below.