Dave Mustaine Has 8 New Songs For You 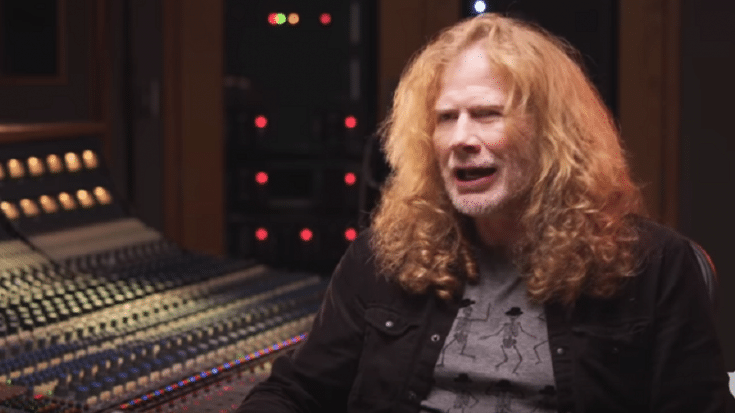 Anyone Else Excited For This?

For the past few weeks, we’ve been getting regular updates about Megadeth’s upcoming album with the tentative title of “The Dogs Of Chernobyl.” They’re still currently working on it and in an interview with Music Radar, Dave Mustaine revealed that he spends most of his time from 10AM to 7PM writing new material at home. And so far, he’s been very productive.

“I have about eight songs and there’s one which is just unanimously everyone’s favorite, which is great. I’m not saying there’s only one good song so far though, haha! Let’s just say whenever I have that first song everyone gets excited about, I know I’m on my way to another great record.”

“We’re going to do 12 or 13 tracks this time. My contract says I’m only supposed to do eight songs a record and I just can’t do that — it feels like cheating.”

He also spoke about the difference between releasing albums back in the day and with the digital world today.

“When I grew up listening to vinyl, it was a lot easier to buy a record and be happy with 45 minutes of music. When the digital world came, the paradigm changed — a musical offering needs a lot more. People aren’t satisfied and hit fast-forward a lot. So right now, we know we’re off to a good start; this new material is only going to get better and better…”

Megadeth is set to release their greatest-hits compilation album “Warheads On Foreheads” this Friday, March 22.