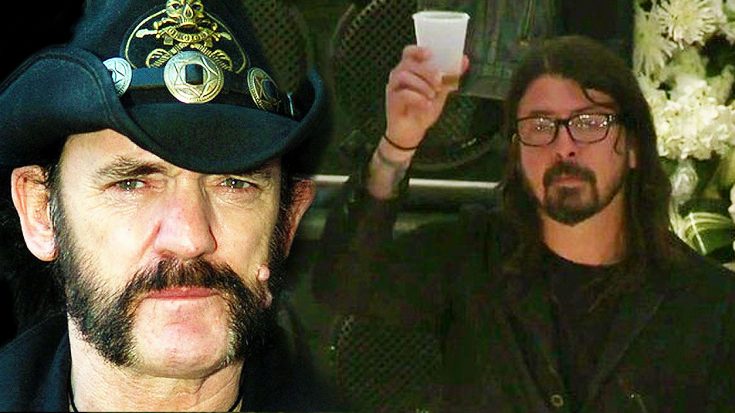 Dave Grohl is one of the best storytellers

Back in January, a large amount of rock legends gathered at Lemmy Killmister’s memorial service to honor the late rock legend. Among those who attended were members of Lemmy’s band Motörhead, Rob Halford, Slash, Triple H, Robert Trujillo, Lars Ulrich and more. Each one of these rock n’ roll stars took the podium and shared beautiful stories about their fallen friend, but it was Dave Grohl’s story that stole the show. Grohl’s speech was the final one of the service, and he ended it with his story about the first time he met Lemmy, and by sharing a gift he wanted to give Lemmy on his birthday, which was just four days before he had passed away.

Some of the audio on the video is pretty spotty, because the livestream of the service was cut because it ran a bit too long. One part that was unfortunately cut off was the first thing that Lemmy said to Dave. Thankfully, people that attended the event have confirmed that he said, “Hey, I’m sorry about your friend Kurt (Cobain).” This perfectly displays Lemmy’s genuine nature he had toward people that he knew, and people that he had just met. At the end of his speech, Grohl loses it when he talks about him and Lemmy’s shared love for Little Richard, who Dave actually met at an airport just before Lemmy died. Little Richard signed a picture for Dave, which Dave intended on giving Lemmy for his birthday. But unfortunately he passed before he was able to.

Watch Dave’s entire speech down below, but we warn you, have a box of tissues handy because this is a real tear-jerker.