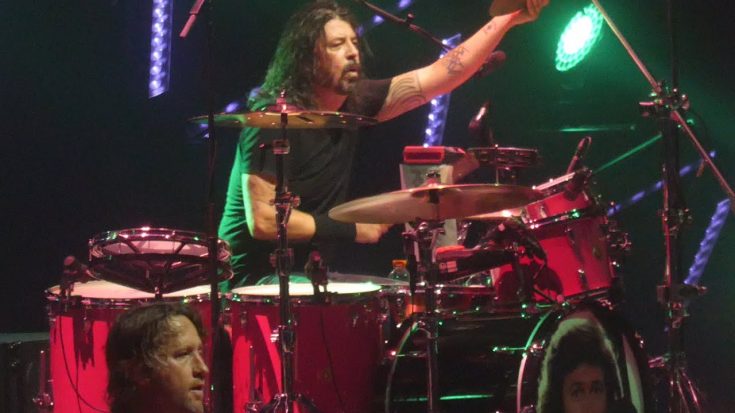 Dave Grohl and instrumentalist Greg Kurstin had a recent surprise performance inside the 250-capacity Los Angeles club Largo on December 5. The two have finally brought their Hanukkah Sessions series to the stage with some other guests.

The Foo Fighters singer and Kurstin have covered songs of Jewish artists over the last two Decembers and uploaded them as part of their Hanukkah Sessions. Last Monday, the two were joined onstage by Beck, Pink, Tenacious D (Jack Black and Kyle Gass), Grohl’s daughter Violet, movie director Judd Apatow (who hosted the show), and more.

Grohl said during the show, “we’ve gone for the unpredictable,” talking about the mishmash of artists and songs. During the gig, he played the drums while Kurstin played the keyboards. The proceeds of the show went directly to the Anti-Defamation League (ADL) at a time when antisemitism is rearing its ugly head in the mainstream.

Thank you to #JuddApatow and #Davegrohl for tonight’s show at the #largotheater benefitting ADL Los Angeles. Through song and comedy you are role models and true leaders in the fight against hate. pic.twitter.com/0CLD58jYGe

🕎 P!nk performed at the Dave Grohl/Greg Kurstin's Hanukkah Sessions at the Largo at the Coronet, LA on Dec. 5. She also met Jack Black from Tenacious D. pic.twitter.com/Ybm82K6nay