“Come Together” But Aerosmith Style- Cover 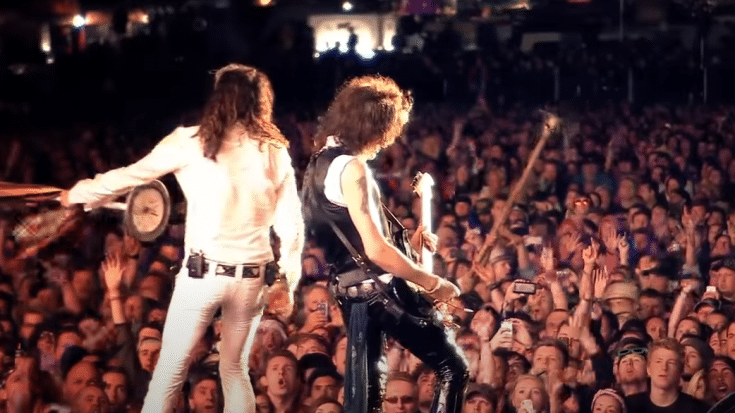 We’ve heard plenty of covers for The Beatles’ “Come Together” but Aerosmith overhauled the track and gave it a hard rock treatment. They recorded their version in 1978 in collaboration with producer George Martin for the film Sgt. Pepper’s Lonely Hearts Club Band. The movie itself was heavily criticized but the cover was a success. It peaked at #23 on the US Billboard Hot 100 and became part of the string of hits they churned out in the ’70s.

Aerosmith’s rendition became so popular that it was featured in most of their compilation and live albums. SongFacts asked guitarist Brad Whitford about those who prefer their version over the original. He answered, “I’ve actually never heard anybody say that. But you know, it’s funny, I hear our version more on the radio than I do The Beatles’ version.”

“Come Together” is the opening track of Abbey Road. Written by John Lennon, he’s extremely proud of his work here. He told David Sheff, “It was a funky record – it’s one of my favorite Beatle tracks, or, one of my favourite Lennon tracks, let’s say that. It’s funky, it’s bluesy, and I’m singing it pretty well. I like the sound of the record. You can dance to it. I’d buy it!”

Check out Aerosmith’s cover below.