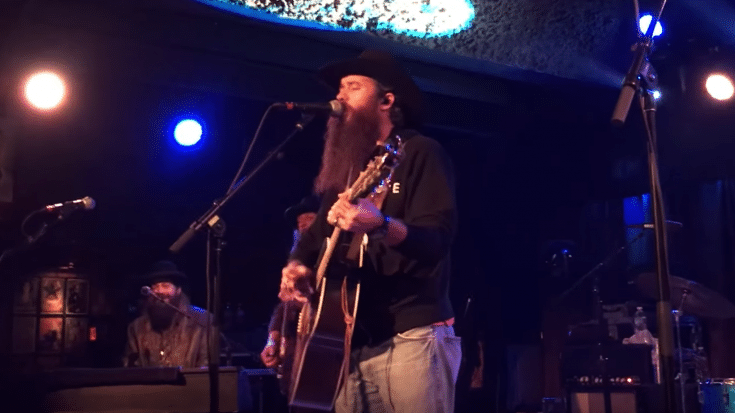 With the #4 album on Billboard’s US Country charts, it’s pretty safe to say that rising country star Cody Jinks is well on his way to staking his claim on the country music world with his uncompromising, traditional approach to the music he loves – but last week saw his rock and roll roots come out to play and as with everything Cody attempts, it was an absolute win.

After teasing it over Twitter days ahead of its official release, Cody Jinks released his cover of Pink Floyd’s iconic “Wish You Were Here” – a sprawling, dreamy cover of the 1975 classic that with its serenading slide guitar work and twinkling piano quietly making its presence known in the background, strives and succeeds at being a worthy cover of the original.

Fun Fact: Cody’s musical career began at 16 when he learned a few country riffs from his old man, later going on to form a thrash metal band called Unchecked Aggression.

Where David Gilmour quietly crooned the lyrics lamenting Syd Barrett’s breakdown and the subsequent feeling of loss, as if something really had died, Jinks brings an earthy, full vocal style to “Wish You Were Here” that gives strength to support the pain in the song’s lyrics. While we’re hardly ever a fan of artists taking creative liberties with classics, we’d be lying if we said we weren’t in love with the musical arrangement in Jinks’ cover; listen through to the end of the song and you’ll be pleasantly surprised at the magic his backing band crafts with the outro!