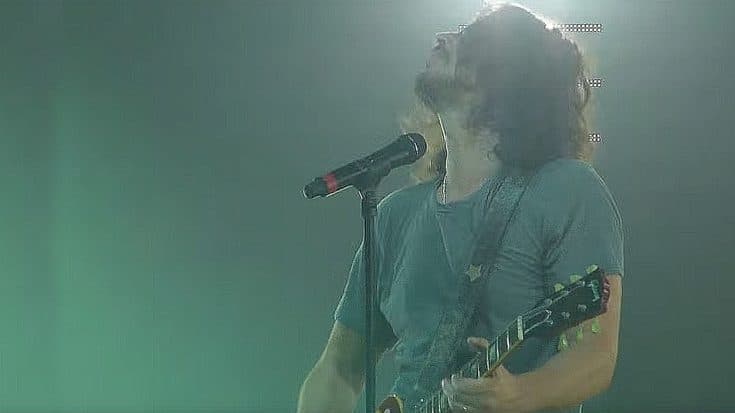 A few short months ago, the world awoke without Soundgarden singer and rock legend Chris Cornell in it for the first time in 52 years after the singer was found dead.

Heartbreaking in and of itself, Cornell’s “sudden and unexpected” death right in the middle of Soundgarden’s U.S. tour is compounded only by the fact that his death was ruled a suicide, and while the 52-year-old musician outwardly showed no signs of depression or suicidal tendencies, perhaps the final piece of the puzzle lay in the final song from Soundgarden’s final sold out show at Detroit’s Fox Theatre: a cover of Led Zeppelin’s “In My Time of Dying”.

A popular spiritual given the rock royal treatment by Led Zeppelin for their 1975 album Physical Graffiti, “In My Time of Dying” is a man’s fervent prayer for Jesus to meet him in the afterlife and for those he loves not to mourn him but to celebrate his going home; the final song from what was described by fan Bill Lowe of Port Clinton, Ohio as a “Full set with an encore. Nothing odd. Outstanding performance,” Cornell was the best he’d ever been – voice strong, high energy, engaging with the crowd as he delivered what would be the final performance of his life.

Tragically, this may have been the singer’s way of saying goodbye. If not, then it’s an incredibly chilling coincidence that makes his death all the more heartbreaking for those who loved him, fans and loved ones alike.

Check it out in the video below and as always, our hearts are with Mr. Cornell’s wife and children during this difficult, confusing time.