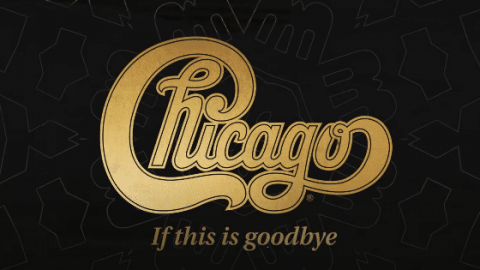 Chicago have recently released a new single titled “If This Is Goodbye,” which marks as their first original music in eight years since 2014 studio album Chicago XXXVI: Now and 2008 single “Let’s Take a Lifetime,” from Chicago XXXII: Stone of Sisyphus.

“If This Is Goodbye,” came out ahead of the band’s summer tour co-headlining with Brian Wilson that will kick off on June 7 in Phoenix and runs through July 26 in Clarkston, Mich. The song finds the band members reflecting on their lives and reminiscing good memories with the lyrics:

“If this is goodbye / Let’s take one more shot for the memories / Life’s too short to be enemies / And if this ends tonight / You can save your tears for the other guys / I’ll see you in another life.”

Last December, Chicago’s longest-tenured guitarist Keith Howland announced his departure from the band after almost 27 years following an injury that prevented him from playing guitar. Howland shared on Facebook:

“As you all know, I broke my arm just before we were supposed to go on stage in Louisville.

“I can’t play the guitar right now, and it’s probably going to be several months before I can get back to anything normal. At this point, I have decided to move on to the next chapter in my life. … I am extremely grateful for the 27 years that Chicago has given me musically. I am honored and blessed to be part of the legacy that is Chicago.”

Stream the band’s newest single below.