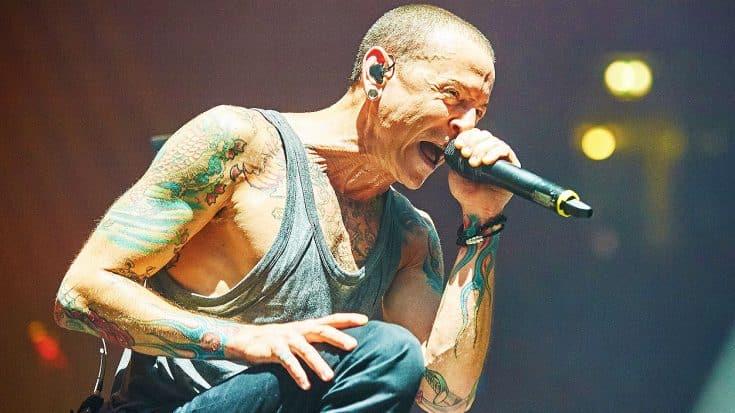 The news shook the world

Everyone was shocked and stunned when the news that Chester Bennington of Linkin Park was found dead at the age of 41. The frontman of Linkin Park reportedly took his own life by hanging. The eerie part about the whole thing, is that he and Chris Cornell, who took his own life back in May, were best friends, and Chester’s death was reported on what would’ve been Chris’ 53rd birthday.

Many rockers and celebrities chimed in to offer tributes and thoughts on Chester. Messages on Twitter and Facebook poured in morning the vocalist who helped so many of today’s youth and young adults get through their darkest hours. Unfortunately, Chester couldn’t overcome his own darkest hour.

Shinoda confirmed the news later in the afternoon. Many suspected it to be a hoax prior to his tweet.

Shocked and heartbroken, but it’s true. An official statement will come out as soon as we have one.

Bennington’s band posted this photo later in the day after reeling in from the news.

The kind words and notes continued to pour in throughout the day from all sorts of musicians and celebrities from all backgrounds.

Just when I thought my heart couldn’t break any more…..I love you T

I am in tears.Chester just told me how happy he was…..He was such a sweet and talented man……Ifeel so sad for his family,band mates and fans

Incredibly sad. Our thoughts are with his family and friends…. ? https://t.co/usy7HCimyD

RIP CHESTER BENNINGTON. We can never know someone’s pain. Prayers to his family in this tragedy. If you need help REACH OUT. @RollingStone pic.twitter.com/DmtWrHNgeY

Shocked about the news of Chester Bennington’s death. I have played shows with him recently..I will miss him & his great talent very much.

Chester was one of the kindest men I’ve had on my show. My heart breaks for his family and friends. He will be missed terribly.

So sorry to hear the news about Chester Bennington. Sending so much luv, strength & light to his family, kids & @linkinpark ohana.

My heart is shattered. I can’t fucking believe this is real. Crying writing this now. Destroyed. pic.twitter.com/MeEBJD9gi3

‪R.I.P Chester Bennington‬ A devastating loss. ‪My thoughts are with his family & friends today‬ ‪He & @linkinpark are the kindest folks you could ever hoped to meet‬ and showed me such great kindness when I first was coming up in music. I’ll never forget feeling nervous and out of sorts at one of the first music awards ceremonies I attended and they met me and took me aside and made me feel calm, quietly encouraging me. He was an incredible gentleman to me that day and u never forgot it, all the while I was totally star struck. May this gentle but giant soul find peace.

Pete Wentz of Fall Out Boy

Mental health is no joke. We have to destigmatize the conversation around it.

There are no words…

? Absolutely heartbroken.I’ll cherish every time we hung out or rocked a stage together.Condolences & prayers to all. So sad ?? #RIPCHESTER pic.twitter.com/3MAFaeEA95

Love goes out to @mikeshinoda and the Linkin Park family. What an awful nightmare. RIP in Chester. Thank you for your soul.

RIP @ChesterBe. One of the best rock singers ever. Anyone with half a voice knows that to be true. Some of the most complicated vocals ever

We’re extremely saddened by the loss of Chester Bennington. Our thoughts are with his family and friends. Such is a huge loss for so many.

As you can see Chester was universally loved by everyone in the rock world and community. He may be gone, but his voice, message and impact will live forever. Rest In Peace, Chester Bennington. We will forever miss you.