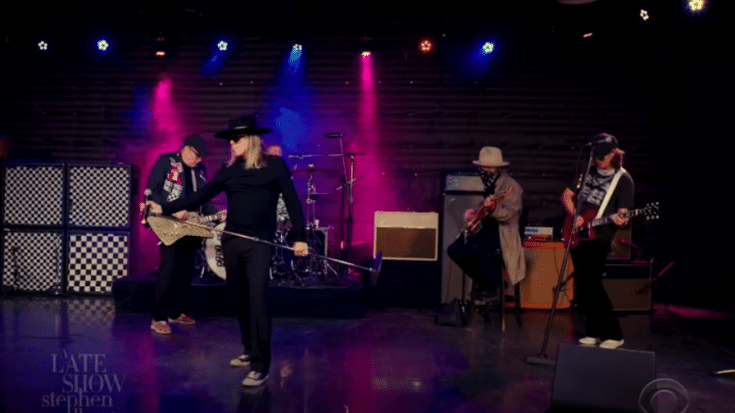 Cheap Trick made their debut on The Late Show With Stephen Colbert and performed their new single “Boys & Girls & Rock N Roll” remotely – they first dropped the song in March. They just released their latest album “In Another World” – a follow-up on their 2017 releases “We’re All Alright!” and “Christmas Christmas”.

They’re also prepping to go back to touring with scheduled dates opening for fellow rocker Rod Stewart by the second half of 2021. They  have announced this year’s shows starting off with several gigs in Australia and they have appearances on a couple of festivals too.

In a statement, singer Robin Zander said: “This band is held together by music. It’s the super glue that keeps us writing and putting records out.”

“The reason we started the band in the first place was to tour and write songs and put records out,” he continued. “If all that went away, there would be no point then, would there?”

In Another World Tracklisting