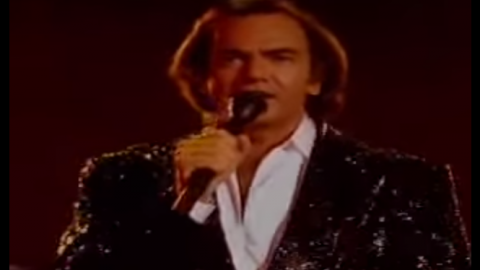 “I’m Alive” was written by Neil Diamond and David Foster. The author David Wild wrote that, “I’m Alive” was inspired by the sense of dread riding with Bacharach to the studios on Sunset Boulevard.”

This particular track is included in the album, “Heartlight” and is Neil Diamond’s fifth studio album which was recorded in 1982 and released in the same year. In fact, this song was such a big hit that it was part of the top 40 songs at the time.

“It still makes my heart go flippity-flop whenever I hear the girls crying out my name. It makes me feel like I’m 70 again.” – Neil Diamond

If we have to rate this performance, it would definitely be five out of five stars. That must have been a memorable experience for the crowd!

Presently, musician David Cook sang his own version of this track which again topped the charts way back in 2008.