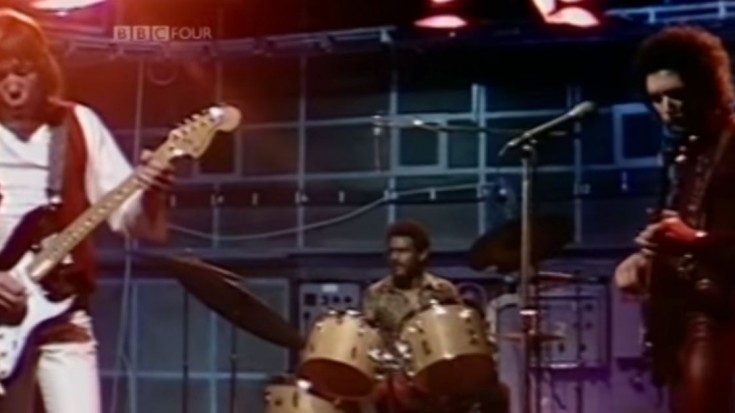 Transcending Beyond The Bridge

Performing his hit “Bridge Of Sighs” in 1974, Robin’s music transcends us mentally and spiritually with some of the most awakening riffs that have ever graced our ears…With Jimmy Dewar on vocals and bass, Robin owns the masterpiece on his custom made Fender Strat

Interesting Quote: “The funny thing about the title song is that I had the opening guitar riff for about six months before I could come up with the turnaround section. I loved that opening lick so much. I was determined to make the second half just as perfect. So I waited and waited… and then it came to me. The band played it for the first time at Winterland in San Francisco and we received something like a 10 minute standing ovation. It obviously had magic.” – Robin Trower

Influenced by Venice’s Bridge of Sighs, prisoners in the 17th century valued the beautiful sight just before they were carried off into the depths of the abyss just beyond the bridge. As the lyrics depict a longing for the sight of the bridge, a cold and unwelcoming darkness falls upon them leaving no hope in the mix and you can really watch Robin feel these lyrics playing in this insane performance.

After leaving Procol Harum in ’73, Trower decided to make it on his own with Jimmy and Reg on drums to show the world his true potential.

All These Years Later

Turning 71 today, Robin is still up to his old tricks performing as recently as last year, still rockin’ his “Bridge Of Sighs” masterpiece, as well as “Day Of The Eagle” with singer James Dewar, drummer Chris Taggart, and bassist Richard Watts. Watch the legendary guitarist stay true to his talents and still bring the crowd to its knees with his  timeless classics. Happy birthday Robin!