Caught On Tape: 24-Year-Old Stevie Ray Vaughan Jams “Hug You Squeeze You,” And It Rocks 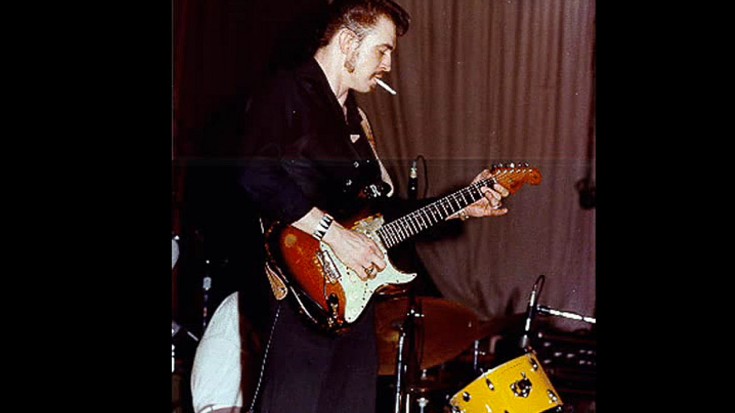 Before Grammy nods, MTV, and dueling guitar battles with Jeff Beck, Stevie Ray Vaughan was a 24-year-old kid making his way along the Texas blues circuit, playing anywhere he could snag a gig. In 1978, Stevie played the now iconic venue Stubb’s Bar-B-Q with his then-band Triple Threat Revue, and this rare audio features his performance of ‘Hug You Squeeze You’; the astounding part of this audio is the fact that despite being only 24, Stevie shows a level of talent that was almost abnormal for someone so young!

He’s been called a triple threat over the years, known for his skills as a singer, songwriter, and guitar player and this early glimpse into the early days of his career is absolutely priceless!

Stevie first met Stubb in his late teens, regularly playing at Stubb’s Bar-B-Q joint in Lubbock. Stories abound about Stevie regularly blowing his earnings, stranding himself in Lubbock and Stubb would always empty his cash register and give all that he had to Stevie so he could get back home to Austin.

‘Hug You Squeeze You’ has an amazing retro feel to it, it’s easy to listen to and lose yourself in, and it’s easy to understand why it didn’t call for Stevie’s usual brand of intensity.