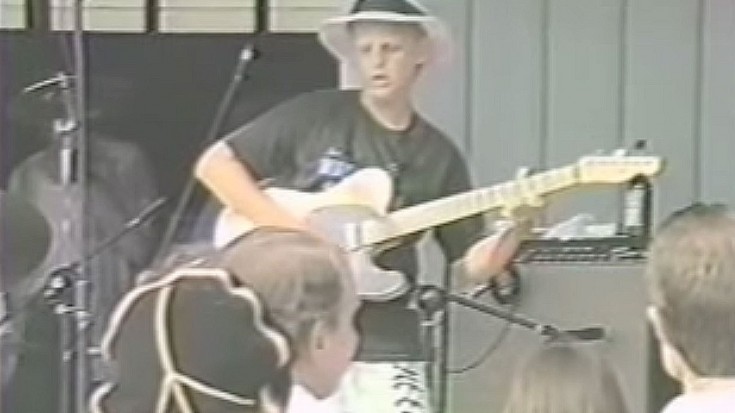 While most 12 year old boys were worrying about the usual 12 year old boy things back in 1989, guitar prodigy Joe Bonamassa was focusing on his career and rubbing elbows with some of the greatest guitarists the blues had to offer. In between opening up for B.B. King, Joe was performing with friend and mentor Danny Gatton, whose own guitar playing both inspired and encouraged Joe to take his craft to the next level.

Bonamassa credits his childhood mentor, the late guitar virtuoso Danny Gatton, with opening his eyes and ears to a variety of sounds and influences.

This exclusive footage features 12 year old Joe jamming with Danny at a public event of some sort – and it’s absolutely mindblowing. At 12, Joe carries himself with a level of confidence onstage that takes years to develop, especially when you’re entering the blues world for the first time and attempting to hold your own against your idols. Though his technique’s a little rough around the edges, there’s no doubt that even at 12, he had all the makings of becoming something great.