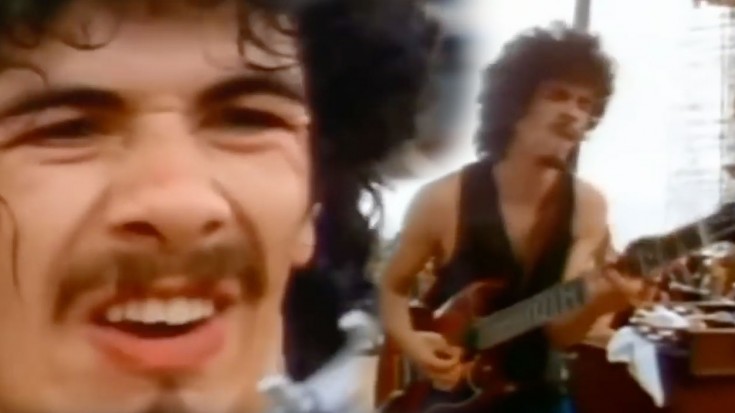 Carlos Santana is one of the only recognizable and signature guitar players in the world; each time you hear his music, you know, without a doubt, it’s him.

With absolutely no lyrics, Santana took to wow Woodstock in 1969 with instrumental masterpiece “Soul Sacrifice.” We can only assume that Carlos sacrificed his soul to have gained the ability to play so beautifully, enough to silence the famously non-sober, impressionable Woodstock crowd.

Originally this piece began as a simple band jam, but turned into one of the most famous Woodstock performances of ’69.

Throughout the video you see physical proof of how Santana’s music affected this generation and continued to spill into current ones. His music really took ahold of people’s bodies, starting from the depths of their souls, and rocked them to the heavy and iconic beats with a forceful boom...

Interesting Fact: The groups original name was the Santana Blues Band and skipped around to a few other member last names as well.

With epic drumming, the combination of instruments used in this band was just outstanding, and you can really tell they were having fun up there!