Carlos Santana Jams With Former Bandmate For First Time In 40 Years—They’ve Still Got It! 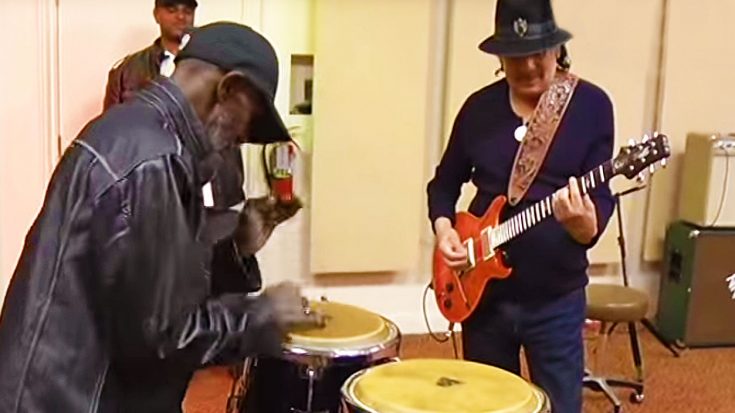 The long wait was finally over

When Carlos Santana first jumped onto the scene and formed his band in 1966, his percussionist Marcus Malone was known as “The Magnificent.” Malone played with Santana until 1969. Following his tenure with the band, he got into some trouble and eventually landed in prison at San Quentin, where he was basically isolated from society. When he got out, he ended up homeless on the streets. By chance, a viral video reconnected Santana with Malone and the two reunited when Santana went to visit the abandoned trailer he was living in. The two remained in touch, and decided to do something special.

In the video, Santana and Malone jam for the first time in 40 years. Santana plays the electric guitar, while Malone keeps the beat on the bongos. It’s almost like they haven’t missed a step in 40 years, and everything came naturally to them! What an awesome moment!

We’re pretty sure emotions were running high for both Santana and Malone in this wonderful moment. We really hope that the two can work out some more jam sessions, and stay together. It would be wonderful for Santana to bring up Malone for a concert, or have him become a permanent member of the band!

Check out the awesome video down below!