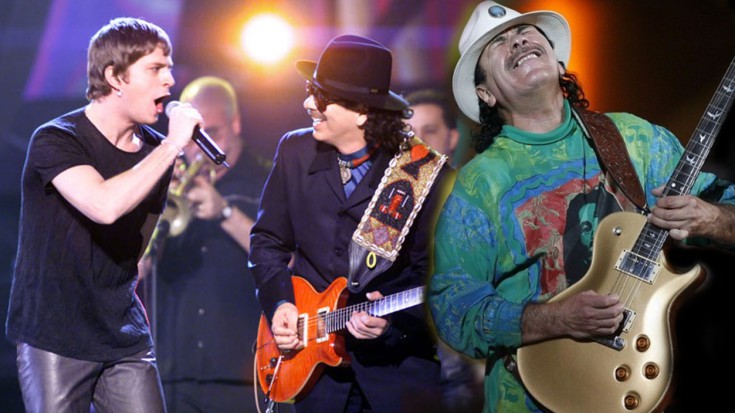 Itaal Shur, a songwriter and producer wrote this song with Rob Thomas of Matchbox Twenty in ’99, and its been a hit with Matchbox, and Santana fans alike ever since.

Says Shur: I was already active in the music business. wanted to hear what they had first to see what kind of direction they were going for, and when I went up there I heard the Wyclef track, I heard the Dave Matthews track, I heard a couple of other tracks, and I realized there wasn’t the kind of track that was, in my opinion, a standard Santana groove like Black Magic Woman, Oye Como Va, Evil Ways.

Smooth went on to win Song of The Year, Record of The Year, and Best Pop Collaboration with Vocals at the 2000 Grammys. Santana’s Supernatural also winning Best Rock Album of The Year.

The song became an anthem for the 90’s, you couldn’t turn on the tv, or radio without hearing this catchy tune. Thomas’ wife was a huge inspiration to the song, also appearing in the music video playing the love interest.

Man, it’s a hot one
Like seven inches from the midday sun
Well, I hear you whisper and the words melt everyone
But you stay so cool

My muñequita,
My Spanish Harlem Mona Lisa
You’re my reason for reason
The step in my groove, yeah.

[Bridge]
And if you said, “This life ain’t good enough.”
I would give my world to lift you up
I could change my life to better suit your mood
Because you’re so smooth

[Chorus]
And it’s just like the ocean under the moon
Well, that’s the same as the emotion that I get from you
You got the kind of loving that can be so smooth, yeah.
Gimme your heart, make it real
Or else forget about it

Well, I’ll tell you one thing
If you would leave it’d be a crying shame
In every breath and every word
I hear your name calling me out

Out from the barrio,
You hear my rhythm on your radio
You feel the turning of the world so soft and slow
Turning you ’round and ’round