Can Bon Jovi Survive Without Sambora? 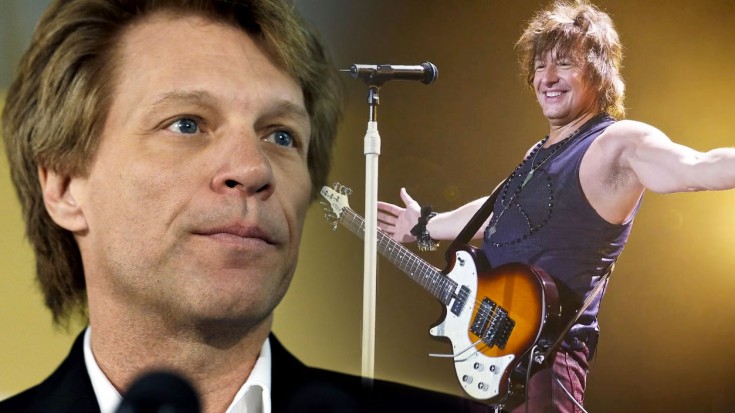 Bon Jovi guitarist Richie Sambora may have left the band over a year ago, but his absence is still felt – and it’s about to get even worse when Bon Jovi’s newest album Burning Bridges drops in August! It’s the first Bon Jovi album in 35 years to not feature Sambora, and that alone has fans sweating. Sambora’s departure and the newest album raise a pretty important question: how does a band survive without one of its key members and furthermore, can it survive?

Easy: if you’re Jon Bon Jovi, the answer is always yes we can!

Never one to lay down and die, Bon Jovi’s had his latest project in the works for quite some time now, going so far as to call Burning Bridges a “fan album” and even hinting at a full length album slated for a late 2016 release.

Despite the departure of his best friend and co-songwriter, Jon Bon Jovi shows no signs of slowing down any time soon, and with brand new tracks like the anthemic ‘We Don’t Run’, the message is loud and clear: not only will the band’s first Sambora-free effort be successful, but it will remind you why they’re still here almost 40 years later!